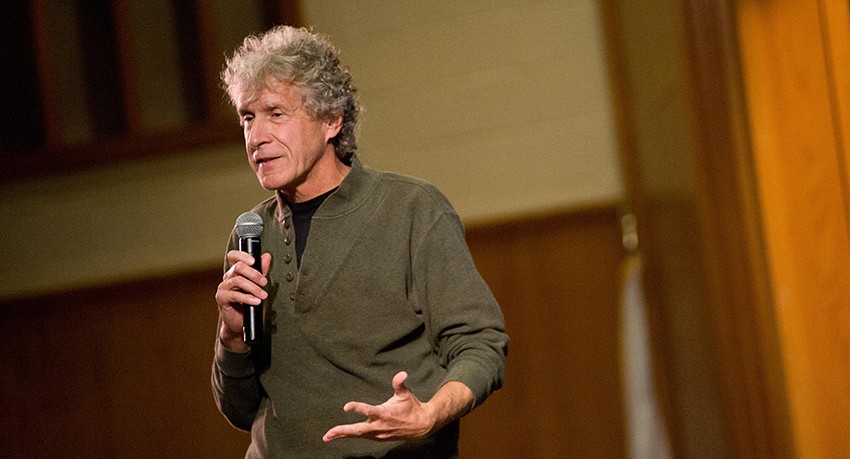 New York Times bestselling author John Perkins spoke to a crowd of more than 900 students Tuesday, October 18 in the Sullivan Auditorium. His lecture, “Economic Crisis: The Hit Men Strike Home, What Next, and How to Deal With It,” is part of the Theme Semester, Worcester in the World.

Perkins began his lecture by telling the audience how they are all able to change the world around them. He discussed how he believes corporations took over our country and the world. He does not think people should watch silently as this happens. “Corporations run the world,” he stated.

Perkins discussed how these corporations only exist because we buy their products. This fuels their power. Perkins stated that we need to find ways to clean up our planet, help people who are starving, create power without power plants that destroy the earth, and make available transportation and communication systems for all countries.

“Follow your passions. Use your talents,” said Perkins. “Create a sustainable, just and peaceful world.”

Perkins discussed his involvement in third world countries as an economic hit man (EHM). These EHMs helped create a corporate empire around the world for the United States that enriches a small group of families around the world, he said. These EHMs convince underprivileged countries to taking out enormous loans with international finance agencies and the U.S. government that they can never feasibly pay back for infrastructure and economic development projects. As a result, these countries become indebted to the United States and agree to pay down the loans by permitting the corporations to take their natural resources, the U.S. to build bases, and other harmful things.

If an EHM cannot make a deal with a country’s leader, “jackals” with guns “take care of the problem,” he said. If “jackals” fail to persuade a leader, the United States military may be brought in.

Perkins was an economic hit man for more than 10 years. His guilt and the horrible nature of his job led him to quit. He now works to promote peace and sustainability in third world countries. Perkins believes that everyone can make a difference in the world if they just put their heart and soul into their work.

“You have the power,” Perkins reminded students at the end of his lecture.

During the question-and-answer session, students asked Perkins provocative questions such as, “Why are you a communist?” and “How do you feel about yourself after causing the 9/11 event to happen?” Perkins appeared uncomfortable with the questions and was unable to directly answer the students.

The questions showed students’ reaction to reading Confessions of an Economic Hit Man, which was assigned to first-year students as part of their “First-Year Experience” course. They read and analyzed it in their fourth-hour classroom discussions, which are led by peer mentors. It was the first book in WSU’s new common reading program for first-year students. The reactions students had toward the book ranged from agreeing with Perkins and his decision to leave his work as an EHM to questioning his intentions and the guilt he expressed in his book. Perkins’s lecture was thought-provoking as well as controversial, which caused many students to speak out about how they truly felt about the book and Perkins himself.

Perkins is now touring the country and giving lectures on his books, which also include The Secret History of the American Empire and Hoodwinked, all of which have been featured on the New York Times bestseller list. More information is available at JohnPerkins.org. 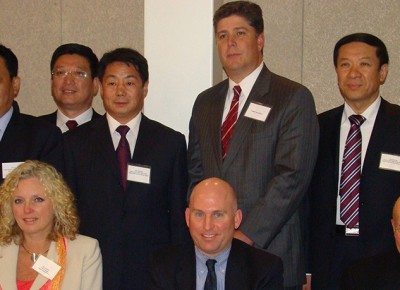