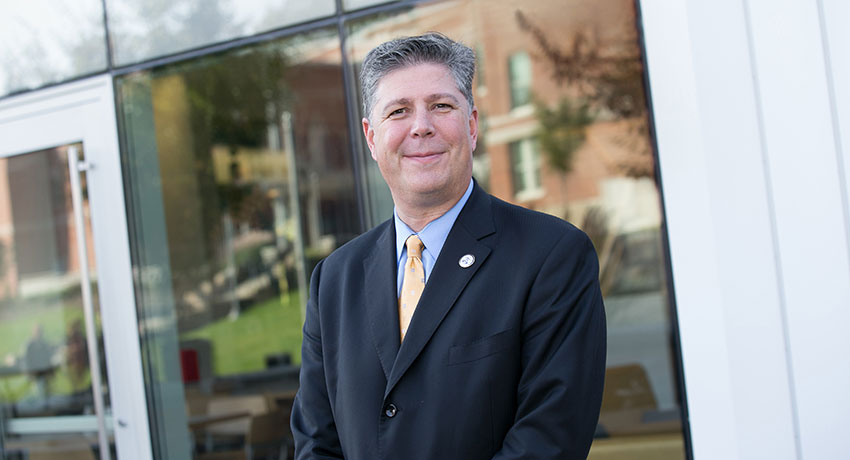 President Barry M. Maloney covered a wide range of topics in the latest Campus Conversation on Thursday, June 18, including the recently released Safe Opening Plan for the fall; the switch to a virtual Commencement ceremony for the Class of 2020; the status of the University’s enrollment and retention efforts; anticipated financial challenges from declining state revenues; and ongoing efforts to audit the campus police department and create meaningful programming to address racial justice issues.

More than 350 people attended the hour-long meeting on Zoom, a recording of which can be viewed here.

Maloney thanked the more than 145 members of the Safe Return Plan team who are continuing to work out the safest and most academically sound way for students to return to some form of face-to-face learning this fall. He said specific plans for areas such as residence halls, dining services, facility use, testing, and course scheduling will be released in the coming weeks, and emphasized all plans are dependent on the state moving to Phase 3 of its safe opening plan.

With an expectation of a 10 percent reduction in state appropriations next year, and potential mid-year cuts by the governor in response to a dramatic shortfall in state revenue, University departmental budgets have been level funded and will be approved on a quarterly basis for greater flexibility. On a positive note, Maloney said recruitment and retention efforts “came within our predicted targets” with a 10 percent decline in new student enrollment, but a strong returning class.

“We still have a lot of work left to do over the summer,” he said, noting that transfer numbers were down but are expected to improve as opening day approaches.

Maloney addressed how Worcester State is responding to recent racial justice demonstrations, both locally and nationally.

“Clearly the movements that have taken place nationally and in Worcester are ones that are concerning to all,” he said, referencing his letter to campus on June 1 that described efforts to support ALANA students and colleagues. He also announced a review of the campus police department policies and procedures by a team of both internal and external experts, an effort proposed by Chief of Police Jason Kapurch.

Such a review “is a healthy thing to do on a regular basis, but also in light of what took place in Minnesota,” said Maloney. “I again supported that decision wholeheartedly and we’ll work with the chief to make that happen.” Further planning and development will be announced in July.

“I expect the group that will review the police department will a combination of both internal members of groups—faculty and students will be involved—as well as folks outside the campus who understand police work and social justice issues in a way that can provide our chief guidance and counsel,” he said.

Maloney noted that equity is major part of the strategic plan recently approved by the Board of Trustees. That plan is a catalyst for an upcoming comprehensive equity audit “to make sure our policies, procedures and practices are not seen as barriers for any members of our community, whether they be students or otherwise.”

In addition, long before the current nationwide incidents brought social justice issues into greater prominence, the University approved an academic policy to bring diversity into the classroom as part of the University’s core curriculum, LASC (Liberal Arts and Sciences Curriculum). He noted that after two years of planning, a new interdisciplinary department is expected to launch by September 2021. In addition, the Board of Trustees created an equity committee to address these issues at the highest level of governance.

“Many more conversations will need to be in place as we support our campus community moving forward in regards to not only stemming racism but also as we stay focused on our ALANA students’ success while they are here, as well as all members of our campus community,” said Maloney.

Another topic addressed was Commencement, which was originally delayed until Aug. 14 with hopes of an in-person ceremony at the DCU Center, but now will be held virtually on July 25. The decision was made based on continuing public health concerns for large, in-person gatherings, in consultation with senior class leaders and informed by survey responses from more than 400 senior class members. That survey indicated students did not support pushing the ceremony past September.

“Given the feedback from our senior class, both with the survey and with the senior class leaders, I did not see a clear pathway,” he said. “It was not a decision that I made lightly. It wasn’t something I relished. Disrupting a commencement is disrupting a lot of planning a lot of effort,” adding that the ceremony is “a culmination of an accomplishment in one’s life.”

Because of the subsequent feedback, Maloney said he would agree to meet with class leaders again next week to talk further, although “my expectation is the 2020 Commencement will happen on July 25.”

Other issues discussed included news that a group of students interested in forming a student chapter of Turning Point U.S.A. would be allowed to use campus space for recruiting efforts this fall, consistent with existing University practices. Organizers were denied University club status by the Student Government Association in the spring semester, but can bring their application forward again this fall. 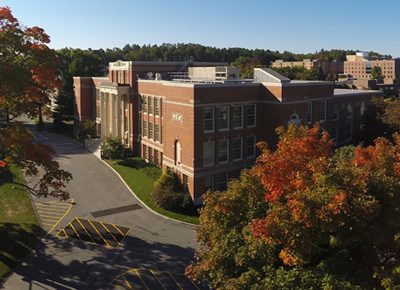 Dear Faculty, Staff, Students, and Alumni, I am pleased to announce that Worcester State University is in a position to welcome students back to campus for the Fall 2020 semester, both in our . . .