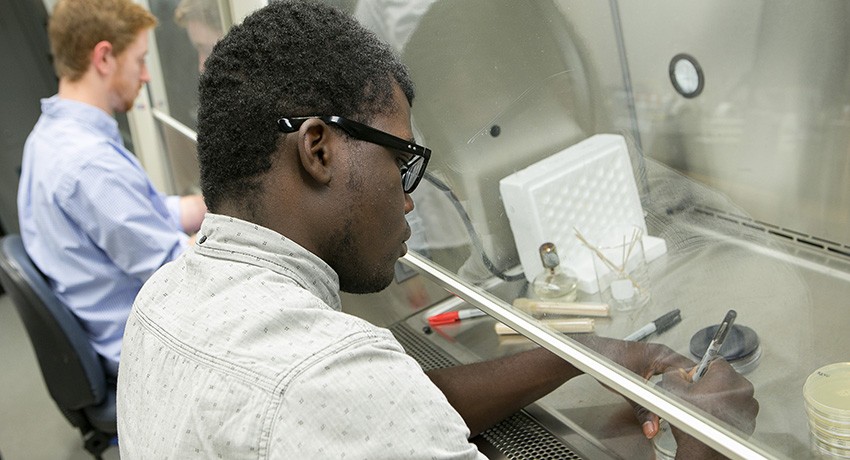 Learning is not always fun. But some Worcester State University professors have set out to infuse some fun into their classrooms, incorporating online games and surveys, mock trials, and hands-on research.

At the recent Summer Institute, a panel of professors shared and discussed teaching methods they use to engage students in the classroom. Moderated by Assistant Professor of Communication Daniel Hunt, the panel consisted of Jennifer Hood-DeGrenier (biology), Nicole Rosa (psychology), Alex Briesacher (sociology), Douglas Kowalewski (earth, environment, and physics), Martin Fromm (history), and Syamak Moattari (health science). The professors explained, and some demonstrated, the tools that they have found pique students’ interest.

Last fall, Hood-DeGrenier allowed her students to conduct a series of investigations based around tissue cultures, and she saw that by giving the students their own agency over their projects, they became more invested and excited about the work they were doing. She recalled one student as saying that they were excited to finally do this kind of lab work.

“For a lot of students who may not have the opportunity to engage in research through an independent study, I feel that doing this kind of classroom-based research gives them a bit of that opportunity,” she said.

Rosa’s presentation, entitled “Adopt a Teenager: Engaging Students in Adolescent Psychology,” detailed the experiment she used in her Adolescent Psychology class, where students were assigned to create an adolescent child with considerations to class, race, gender, and other factors.

“What I found these scenarios and prompts do is that they give students at the beginning of class a chance to think about the topic we’re going to be covering in class that day,” she said, “as well as their own experiences and thoughts, and connect them to concepts we are going to cover.”

By using a survey that asks participants to list their perceptions of his identity (race, age, sexual orientation, etc.), Briesacher said he gets a feel for the background of his sociology students and is able to structure his class material around those factors.

“I have students answer these questions about me and I use them as a foundation for a lot of the lectures that I give later on throughout the semester,” he said. “As I start to use [the survey] more in class, [the discussions] became much more complex, like when we talk about sex and gender. It’s really awkward the first couple times you do it, but students seem to enjoy it.”
Kowalewski recently implemented a mock trial in one of his upper level environmental science classes to explore the causes and effects of industrial pollution, which was inspired by the Woburn groundwater contamination case from the 1970s. Students are assigned to either the prosecution or defense, and the trial is complete with a student jury and witnesses, as well as a judge, played by Stacey Luster, who is WSU’s assistant vice president for human resources, payroll, and affirmative action and equal opportunities and an attorney.

“I found that the students became competitive and really interested in the topic,” he said, adding that the students were able to contribute their strengths to process, such as building exhibit models or researching details from the trial records.

In his upper level history classes, Fromm found that it was challenging to get his students a more direct encounter with the actual process of producing history. In his “Imperial Crossroads of East Asia” class, he is able to use his own research in the field and bring it to the classroom. Thanks to his own studies and connections, he is able to bring in other experts in the field to talk to the students, both directly and indirectly.

“In February 2017, I’m planning to bring one of my research colleagues to campus for a two-part session, which will include lectures and workshops for the students,” Fromm said. “The goals I have for these sessions is to integrate text and classroom learning with actual, on-the-ground research, and I also want to bring the world to Worcester State. China can be expensive for study abroad programs, so to bring one of these active field researchers to our campus is the next best thing.”

To close the session, Moattari introduced the online learning platform, Kahoot!, which allows users to create their own surveys games in a timed quiz format. He demonstrated how the website works by having the panel attendees participate in a Kahoot! quiz about the statistics and history of Worcester State.

“I use this game once a week, usually, to review the material of our last session or the current material we are covering. It gives you a chance to go over the material and review in a free 10-minute game, and it gives the students a chance to evaluate themselves. It’s tangible, and they love it,” he said.

All the professors agreed that their tools and methods for engaging their students in class material have yielded positive results, both for the students and for the professors themselves. 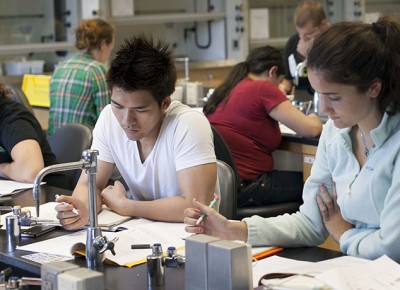 In an education environment that’s becoming more technological, some higher education teachers look for ways to engage students in the learning process that still rely on paper, pen, and group . . .