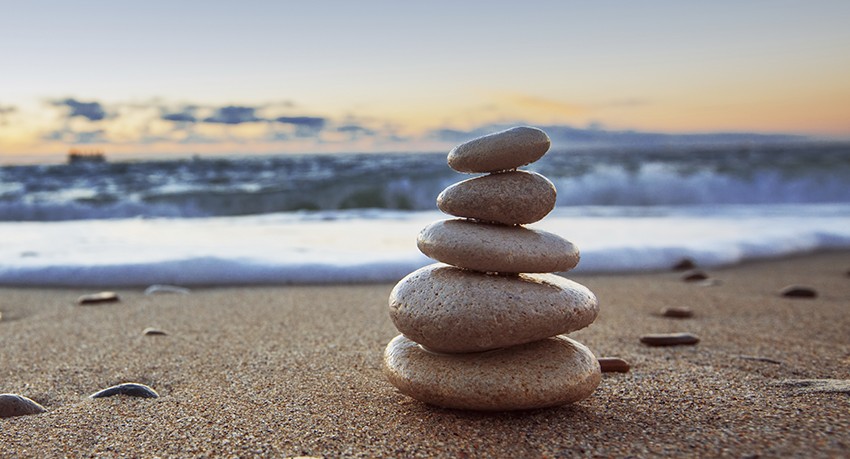 Before it was trendy, the search for predictors of well-being led Psychology Professor Champika K. Soysa, Ph.D., to study mindfulness. Then, with help from students, she identified a mindfulness technique—describing emotions—as one of three signs of well-being.

“I came to it as I was studying predictors of stress,” Soysa explains. “We found aspects of maladaptive coping strategies that increased negative outcomes, or if students used them less often they had better well-being. But we couldn’t find things that increased well-being. That’s how I moved to studying mindfulness. It has a positive impact on well-being.”

Her idea made perfect sense at the time. After all, that was the early days of mindfulness research, when a growing number of researchers wanted to learn more about the benefits—and applications—of the ancient Eastern spiritual practice.

Merriam-Webster describes mindfulness as “the practice of maintaining a nonjudgmental state of heightened or complete awareness of one’s thoughts, emotions, or experiences on a moment-to-moment basis.” It was developed by the Buddha himself, but it is often referred to interchangeably as meditation. Therein lies the reason there is some concern about the current “mindfulness craze.”

The two are not synonymous, and there is a right way—and a wrong way—to practice each and reap positive benefits.

“One of the things about meditation is that it takes practice, and there are different types,” Soysa says. “People who have done meditation are better at mindfulness. But mindfulness can be learned and practiced without doing meditation. The key feature is focusing on the present moment.”

For all the attention given to mindfulness these days, Soysa and her undergraduate co-researchers see it as one tool in a person’s well-being toolkit.

In their first joint research project, Soysa and Carolyn Wilcomb ’12 “examined facets of mindfulness, three dimensions of negative self-compassion, self-efficacy, and gender as predictors of depression, anxiety, stress, and well-being” among undergraduate students in the United States. The types of mindfulness studied were describing emotions, awareness of emotions in the moment, non-judging of one’s emotions, and non-reactivity.

Mindfulness has multiple applications, including the workplace and recovery from illness, she adds. “In psychology, it benefits clients as well as the therapists.”

Eleven conference presentations and two published joint authorships later, Soysa and her students continue to build on this niche in the research and explore new areas, such as comparing mindfulness and models of serenity.

They are working with colleagues at Assumption College to study the impacts of these two practices on psychology and human services majors. “The notion of serenity came from Catholicism and Christianity, and mindfulness from Buddhism. So we’re integrating the knowledge of these two spiritual traditions in a secular manner,” Soysa notes.

Four WSU psychology majors traveled with Soysa and two of her colleagues from Assumption to present “Models of serenity in undergraduates: Factor structure, stress, and well-being” at the Association for Psychological Science annual convention in New York City last May. The opportunity was funded by the Community Health Improvement Plan, the city of Worcester’s long-term effort to address public-health issues with a goal that by 2020 Worcester and surrounding towns would be among the healthiest communities in the country, and Student Research, Scholarship and Creative Activity Grants from WSU’s University Advancement Division.

In addition, Soysa was awarded a Faculty Mini-Grant this year that will enable her and a student to present this research at a conference in March.

“We’re finding some aspects of serenity that surpass the effects of mindfulness” in our research, she says.

Soysa is committed to including students in her research. “Every student who has taken an independent study with me in the last five years has had the opportunity for authorship on a conference presentation. This adds tremendous value to their undergraduate degree,” she says.

“Many other institutions give this opportunity only to graduate students,” she adds. What’s more, “presenting at national conferences is uncommon for undergraduates.”

These opportunities are possible in large part because of financial support from the Worcester State Foundation, Soysa says. The impact these investments have on WSU psychology students extends far beyond graduation: “Our students are able to do cutting-edge research in the field on hot topics like this, which makes them prime candidates for graduate school and jobs in psychology.”

If you are interested in learning to practice mindfulness, UMass Medical School’s Center for Mindfulness in Medicine, Health Care, and Society is a local resource. There also are hundreds of mindfulness apps to download. 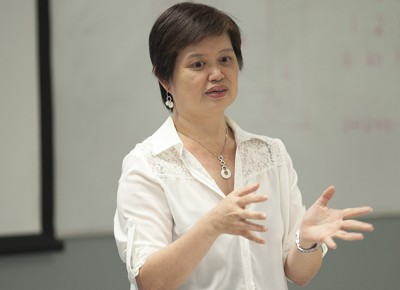 Worcester State recently hosted its fifth annual Singapore Math Institute workshop, which draws teachers from across the nation to learn about the instructional methods and math textbooks of . . .