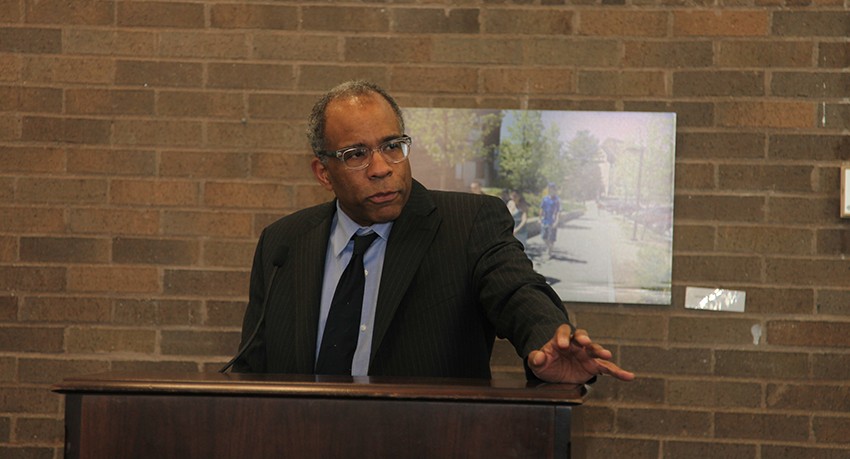 Harvard Law professor Randall Kennedy spoke about his latest book, Sellout: The Politics of Racial Betrayal, to a crowded Blue Lounge at Worcester State University on Tuesday, February 22. Kennedy explored actions that lead to cries of selling out in America’s African American communities.

He noted that there is a vivid history of racial betrayal among many racial groups. In instances where social reform about a race is present, there is always opposition and backlash. He explained that slaves confronted problems with informers among them and many times, rebellions were not successful as a result of that betrayal. The Black Panther Party also experienced informants for the FBI among them, which ultimately led to the raid and killing of the group’s leader.

In addition, Kennedy spoke about interracial marriages and the adversity that such couples face from both sides of the racial spectrum. Black men/women who are in relationships with white women/men are classified as being a sellout to their own race and their racial betrayal often results in the disassociation with their racial group. Living in white communities also adds to race anxiety and the notion of black individuals thinking and acting “white.”

Kennedy said he deals with such issues of racial betrayal by saying it’s all right to “just simply disagree.” It is better to do so than widen the gap between black individuals and the rest of the world, he explained.