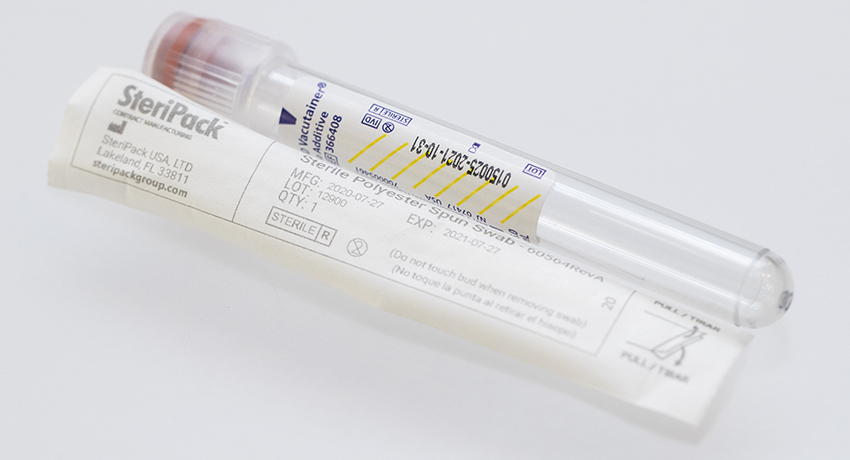 Although Worcester State recorded its first positive COVID-19 test results this week, President Barry M. Maloney said protocols to mitigate the risk to the campus community are working as planned. He added that the percentage of positive cases will not yet require a move to the next level of the campus operations plan, which requires a two-week switch to all remote learning.

“In the cases that came up this week, our protocols worked really well. They worked as they were designed to head off a further outbreak. We will continue to monitor and refine and if the number of cases increase, we will consider making that pivot to keep everyone safe,” he said at the weekly COVID-19 briefing for the campus community on Friday, Sept. 18.

As the result of the four positive test results this week, three students are in isolation, and 11 others—who were considered close contacts to those testing positive—are in quarantine housing on campus.

Maloney noted that he is meeting with the Worcester city manager on Monday to discuss how the campus might be impacted by the city’s move into the state’s “red zone,” given a recent rise in the percentage of positive cases. “We are governed by local and state DPH, and some decision will be taken out of our hands,” he said. “The work being done on college campuses is viewed as positive. The city increases are contained to the community and not college campuses.”

Since the beginning of September, more than 4,400 on-campus tests have been completed by students, faculty, and staff. Maloney announced that the testing dashboard will now be updated twice a week to reflect real-time results: Mondays at 6 p.m. and Thursdays at 6 p.m.

Director of Health Services Lisa Gaimari reviewed the difference between “close contact” and “exposure” notifications resulting from the contact tracing process. Once the Broad Institute notifies Health Services of a positive result, Gaimari immediately contacts the person, moves them to isolation, and conducts a detailed interview to discover who she or he was around in the 48 hours before the test. The city’s Department of Public Health then steps in to notify close contacts, defined as people who were within six feet of the person for at least 10 to 15 minutes. Those determined to be in close contact are called and notified they will be required to quarantine for at least 14 days.

People who were in a shared space with the individual, but not in close contact, are sent an exposure notification via email. The notification indicates a low risk of infection, but the receivers are advised to monitor their health and are also invited, but not required, to be tested at the on-campus testing facility in Wasylean Hall.

“It’s important for us to keep in mind all the preventative things that we’ve been doing on campus to keep us safe: wearing masks, keeping your distance, cleaning, and sanitizing,” said Gaimari.

“We have found over this week the protocols are working,” said Dean of Students Julie Kazarian, who noted many people were involved in creating these safety protocols over the summer. “That doesn’t mean we won’t have to refine things moving forward, but certainly the hard work of the team over the summer has shown that we can contact trace on campus and we can mitigate risk.”

As for what might trigger a move to temporary or fully remote learning, Maloney said Worcester State is following state guidance. With the four positive cases, Worcester State is at .1 percent positive; the state is at less than a percent, while Worcester is over 3 percent. “If we creep up over the 3 percent limit, we might strongly consider going remote,” he said.

Paul Vernucci, manager of the COVID-19 testing facility, also gave a tutorial on the CoVerified app, showing how to report any symptoms or contacts, set up an appointment to be tested, and access test results. He noted any questions about CoVerified should be directed to him: pvernucci@worcester.edu.

After answering questions from the participants, Maloney closed the meeting on a positive note.

“We are dedicated completely to making sure that our campus is safe, and that everyone who comes to our campus community is safe,” said Maloney. “Testing is part of the solution. We need to make sure that we continue to take our testing protocols seriously. Lastly, everyone, everyone needs to be wearing a mask on campus.” 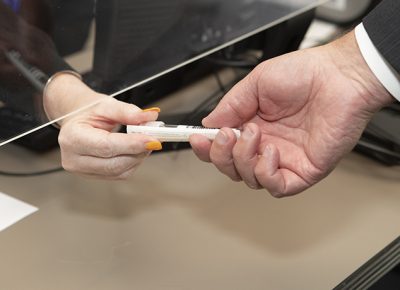 Opening week of the fall semester ended on a high note, with no positive cases reported after the first round of on-campus COVID-19 testing. In total, 1,432 tests were completed over five days by all . . .