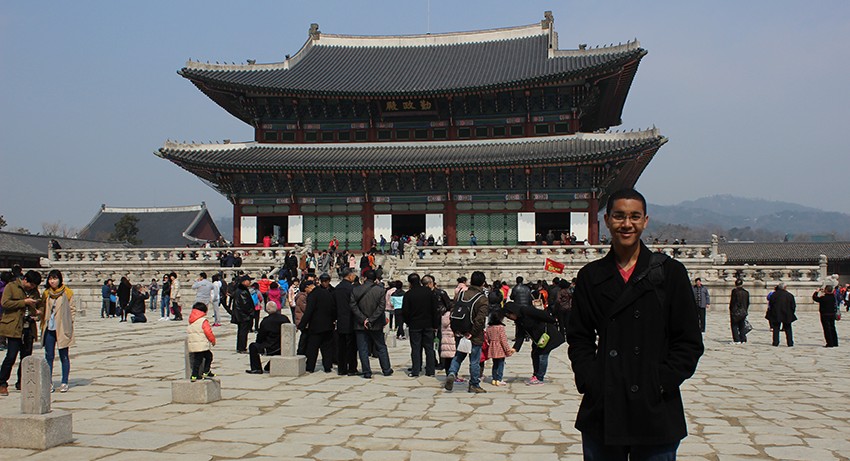 Spencer Perry’s positive attitude helped him overcome cultural differences and language gaps during his study away experience in Seoul, South Korea. The experience of a lifetime has made him more adventurous, outgoing, and empathetic.

When Perry arrived in the world’s third largest metropolitan city of Seoul, South Korea, in February 2014, he did not venture very far from Dongguk University. But he quickly became more comfortable as he immersed himself into Worcester State University’s study away program that connected him to the local people, culture, and area.

“Living and studying abroad has made it easier for me to view every challenge I face as part of a much larger adventure,” says Perry, a 2014 graduate of WSU’s communication program.

He worked with Professor of Communication Carlos Fontes, Ph.D. on an independent study covering globalization and the Koreas. In his classes at Dongguk University, he examined how global forces shape life in North and South Korea and gained a deep understanding of South Korea and other East Asian countries.

“My coursework during my semester abroad allowed me to see how interconnected the world is,” says Perry. “In the future, I hope to pursue graduate-level coursework relating to global studies.”

Perry arrived to South Korea knowing simple phrases such as “hello” and “thank you,” but quickly put into practice what he learned in his studies. He says: “The language class was invaluable. I learned how to ask about prices in stores, order food off menus, and hold basic conversations.”

In an international public relations course, he learned that when he interacted with Koreans in English, they often spoke the language in a way that was more indirect and coded.

“I realized that I had to learn how to hear past their words and put myself in their shoes,” says Perry. “This mindset has stuck with me since returning to the U.S. I think that this experience has allowed me to become more empathetic and outgoing.”

About the WSU Study Away Program

Whether you are a student or faculty or staff member, you can participate in, help develop, and promote academic and cultural exchange, world travel, and global understanding at Worcester State University. We are committed to the internationalization of our campus, and our extensive study-away programming and International Programs Office support that goal.  The WSU Study Away Program allows students to choose among short-term, faculty-led programs and longer-term programs that involve travel abroad or domestically for a summer, a semester, or an academic year. 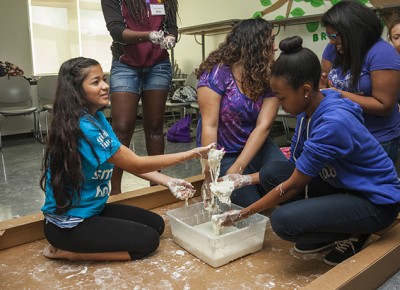 In late July, the Urban Studies and Mathematics departments at Worcester State University hosted more than 60 young women from the Girls Inc. Eureka Program.  A five-year program for teenage girls, . . .