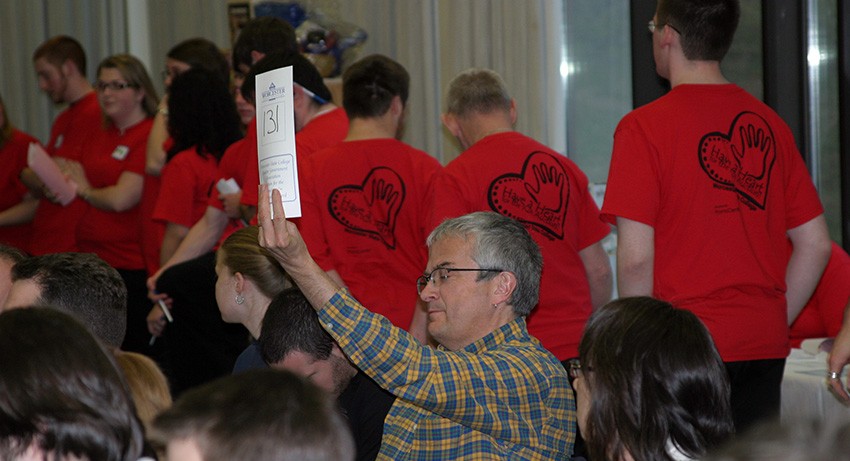 Despite the economy, the Worcester State College Student Government Association hosted their 18th auction on March 26th in a standing-room-only Blue Lounge and exceeded their goal of $22,000. Donations continued to come in after the auction and on April 27 the auction chairs presented all the proceeds to three local shelters.

Representatives from the SGA presented $23,079 among the Mustard Seed Foundation, which provides food and emergency services for the city’s homeless; Abby’s House, a local shelter for homeless women and Sherry’s House, a place for Central New England families of children with cancer.

The auction was made possible by a group of volunteer students, staff, and alumni of Worcester State College. All of the items for the auction are donated by area businesses and families. Auction chairs are Lindsay Durell, Melissa Greenlaw, and Elizabeth Rooney. The Auction Advisor is Andrea Wamboldt.

SGA is a student run government organization at Worcester State College that serves as a delegate for the entire population of undergraduate students. SGA serves as the primary advocate of students’ rights and is involved with forming the College policy.