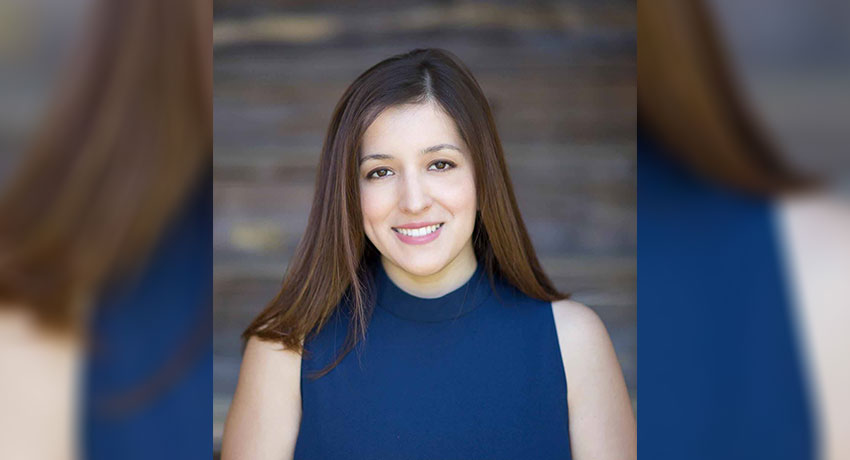 June 27, 2001, was just another summer day for most people. But for Alessandra Bazo Vienrich, Ph.D., it marked the beginning of a dream.

“That’s the day we came to the United States and every year I celebrate it,” says Bazo Vienrich, who will start a new job as an assistant professor of sociology at Worcester State University this fall.  It’s been a long journey since that day she came from Peru with her mother, stepfather, and two little sisters when she was 12 years old.

For many years after that, until President Obama instituted the Deferred Action for Childhood Arrivals (DACA) program, she was undocumented, one of many thousands of so-called DREAMers hoping to be able to stay in the United States and make a contribution to the country they loved.

In addition to enrolling in DACA herself, Bazo Vienrich has focused her research on the impact the program has had on other immigrant youth. So it was doubly meaningful to her when the U.S. Supreme Court recently decided to allow the program to stand, after it had been challenged by the Trump administration. The court, however, left open the possibility of future challenges.

“It was a great relief and, honestly, very few people expected it to go the way that it did,” Bazo Vienrich says. “But at the same time, it is such a fragile state for DACA still, so we need to ask, ‘What are the next steps?’ and ‘What could be a real, permanent solution?’”

Her family fled Peru due to a devastating financial crisis that ravaged South America throughout the early 2000s. They arrived in Miami by air, then traveled by car to North Carolina. Bazo Vienrich grew up in Kernersville, a small town outside Winston-Salem, N.C.

During those years, she learned to live with the nearly constant anxiety of being undocumented. She had no choice. DACA didn’t come into the picture until after she had graduated from Salem College, a women’s college in North Carolina.

“The biggest thing was feeling that I couldn’t talk about it because that could get me in trouble,” she says. “I always had to worry about things like, ‘Am I going to get pulled over and I don’t have any documentation? Am I going to be found out and be stigmatized and be socially cast out?’”

When she graduated from Salem College in 2011, there was no DACA yet. “I felt very disappointed that I had worked so hard to get my degree and I wanted to do something with it after college but, although we had been promised the DREAM Act since 2001 and there had been a lot of discussion about it, it still had not materialized,” she says. “That promise of the DREAM Act had been the hope that carried me through high school and college and pushed me to excel as much as I could.”

Bazo Vienrich’s undocumented status meant her post-graduation future was highly uncertain. Because of the obvious perils, she had kept her situation mostly to herself. But when she was a senior in college, she decided to finally confide in a couple of people. “I wasn’t an activist in college,” she says. “I wasn’t sharing my immigration status with everyone. I was just trying to get by and trying to get through, and I was also very mindful of the context in North Carolina and how historically there has been a lot of anti-immigrant sentiment there, so I wasn’t openly undocumented.”

She finally decided to confide in a woman from the Salem College Career Services Department. “She was also a Latina, one of the very few on campus, so I felt she would understand,” she says. “I think that may be why I decided to share this with her.”

Bazo Vienrich knew she wanted to go to graduate school but didn’t know whether that was even possible for someone in her situation. “I explained that I wanted to continue with my education, and I wanted to be a sociologist because I love sociology,” she says. “I didn’t want a bachelor’s degree to be the end of the road for me because I knew I would need more advanced degrees to do what I wanted to do.”

The Career Services counselor told her that she used to work at Lehigh University in Pennsylvania, a state that was more welcoming to DREAMers than North Carolina traditionally has been. She put Bazo Vienrich in touch with the sociology department at Lehigh, and she applied.

“She had told them about me and asked all the really difficult questions I didn’t know how to ask because I was just a college student. She was really the person who brokered my access to Lehigh so I could get my master’s,” she says.

Things moved quickly from that point. Bazo Vienrich applied to Lehigh in December 2011 and had her acceptance by Spring 2012.  That June, President Obama announced DACA, although applications would not be accepted until August.

“From June to August, I gathered all my paperwork,” she says. “These were very big binders of documents proving that I had been in the country for all these years, that I had good moral character, all of these things. It took all those months to get that together.”

Then, in December 2012, she received her employment authorization card, which meant she could apply for a Social Security number. “I felt like I was finally safe,” she says. “The card came in the dead of winter while I was living at Lehigh in Pennsylvania. I didn’t have a car, but I was so excited that I walked a mile to the Social Security office. It was so cold outside, but I was so happy because I could finally get a Social Security card.”

While at Lehigh, she decided she wanted to focus her research on exploring the experiences of undocumented students, many of whom would end up being DACA beneficiaries.  “I realized that a master’s degree wasn’t going to be enough for me to do what I wanted to do,” she says.

She began applying to Ph.D. programs, always a challenging process but, this time, not one as legally fraught as her master’s degree program application had been. She ended up getting full funding to study at the UMass Boston, and moved there in 2014. She defended her dissertation in July of last year.

In a recent interview for a college where she had worked as a visiting professor, Bazo Vienrich noted that the DACA decision announced by the Supreme Court in late June was a huge relief and very encouraging to the more than 800,000 children and young people who had previously enrolled in the program. However, many issues remain, she says.

“Now that I’ve researched DACA and the policy itself, I can say it’s not perfect and there’s certainly things that could be different,” she says. So, the struggle continues, and Bazo Vienrich hopes her research and personal story can help. Even with its flaws, DACA completely changed her life, she says.

“It allowed me to work in sociology. It meant I wouldn’t have to settle for all these odd jobs that were unrelated to what I was trying to do,” she says. “It let me begin building my career in ways that would have been impossible before DACA.” 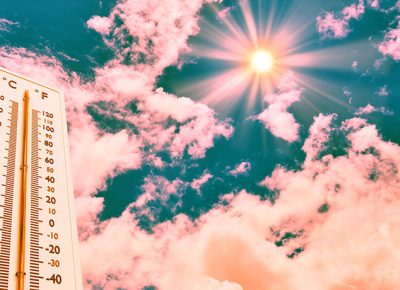 Researchers at Worcester State are working on identifying “hot spots” in Worcester to help the most vulnerable city residents survive a growing number of extreme temperature events. Assistant . . .