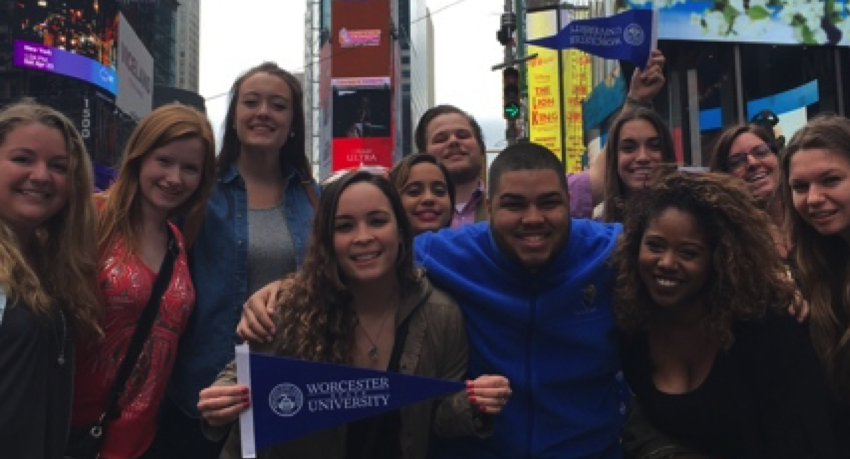 Along with two posters presentations at the Celebration of Scholarship and Creativity earlier this month at WSU, and the students’ performance of a Cervantes one-act play last week, this visit was part of a project to commemorate the 400th anniversary of Cervantes’ death. The project was made possible thanks to the World Languages Department and a Theme Semester “Seeing/Believing: Evidence, Perception, and Interpretation” grant.

After watching the live Spanish-language performance of “Don Quixote,” Merrie Gardner, a double major in Spanish and Elementary Education, observed that she better understood the symbolism and subtleties of the written text than when she and her classmates had analyzed the play in the more traditional academic setting. “We were dealing with not only a different vocabulary, but also a different world,” she said.

Beatriz Jimenez, a Spanish major, recalled when the actors walked through the audience, breaking the “fourth wall” and creating an unscripted moment that helped bring the centuries-old play to life.

The trip has also reaffirmed the strong interest among students in Worcester State’s own Bilingual Theater Troupe (Teatrillo de Oro), which will continue performances in the upcoming fall semester, according to Guijarro-Donadiós. 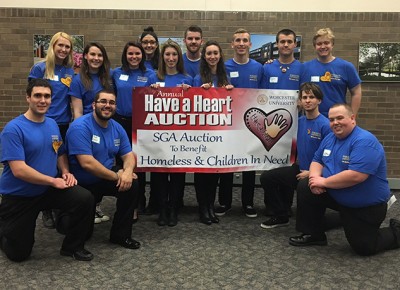 SGA Exceeds Goal for 24th Annual ‘Have a Heart’ Auction

The Worcester State University Student Government Association's 24th Annual “Have a Heart” Auction raised more than $28,000. For over two decades, along with the generous support of community . . .