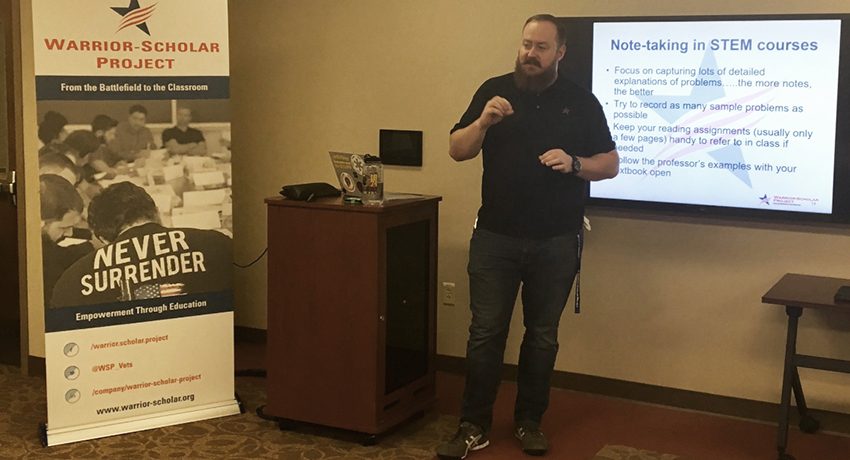 Student Helps Fellow Vets Here and Around the U.S.

Army veteran and Worcester State junior Joshua Buck is spending another summer working for the Warrior-Scholar Project, running week-long programs at colleges nationwide that help veterans adjust to academic life so they can be successful in college.

A double major in psychology and chemistry—with an ultimate goal to go on to medical school—Buck has hit the ground running both literally and metaphorically in his military and academic careers.

The 31-year-old resident of Rutland, Mass., began his studies at Worcester State after serving 11 years in the U.S. Army, where, among other things, he worked as a drill sergeant and rifleman and trained as a sniper and a paratrooper. Now, after his decade-plus in the service, his goal is to become a psychiatrist.

“I became interested in psychology throughout the back end of my military career,” he says. “I want to do my part to put a dent in the veteran suicide numbers.”

The often-cited statistic is that 22 veterans commit suicide a day. Buck reveals that he had two friends who killed themselves while enlisted, and describes how often he saw “perfectly sane people doing ridiculous things” because of the intense pressure they were under.

It’s extremely important for veterans to have an advisor and a guide who knows exactly what they’re going through. “Despite efforts to the contrary, it seems to me that veterans are most comfortable talking to other veterans,” he says. “We talk to each other differently than we would a civilian.”

Buck entered the Army as an infantryman a month after graduating from Wachusett Regional High School in Holden, Mass., serving from 2004 to 2015, largely in Fort Bragg, N.C., and Fort Jackson, S.C.

“It was something I always wanted to do. When 9/11 happened, of course I was all primed up to go,” he says. But a military career ultimately wasn’t his end goal. “I always said I was going to do it until it stopped being fun.”

Today, in addition to his studies, he serves as a senior fellow with the Warrior-Scholar Project, a nonprofit founded by Yale University students that provides mentoring and guidance to enlisted service members looking to transition to four-year universities.

He participated in the program himself, describing how his roommate from drill sergeant school “grabbed me by the neck and made sure I went through it.” He adds, “It was the first program (of its kind) that I found that was 100 percent not full of bull.”

At Worcester State, Buck is engaged in a work-study program with the Office of Military Affairs and Veteran Services, where he advises veteran students on a variety of issues, and serves as a Presidential Student Ambassador. As part of the latter role, he accepted a wreath on behalf of Worcester State from Wreaths Across America in December 2017, an initiative that pays tribute to the sacrifices of service members and their families.

Overall, Buck says his time at Worcester State has been a positive experience. “I have definitely leaned hard into it,” he says.

He urges fellow veterans to do so as well, acknowledging that it can be easy for former military to become lackadaisical as they ease back into civilian life.

This article was written by Taryn Plumb ’04 and first appeared in the Worcester State magazine. 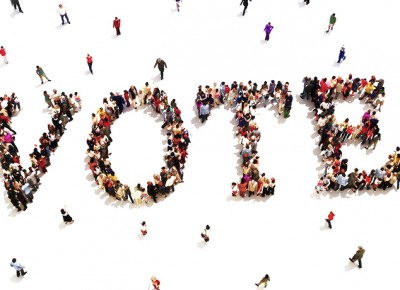 Worcester State University has received a vote of confidence from the ALL IN Campus Democracy Challenge, a national awards program that aims to increase democratic participation among college . . .