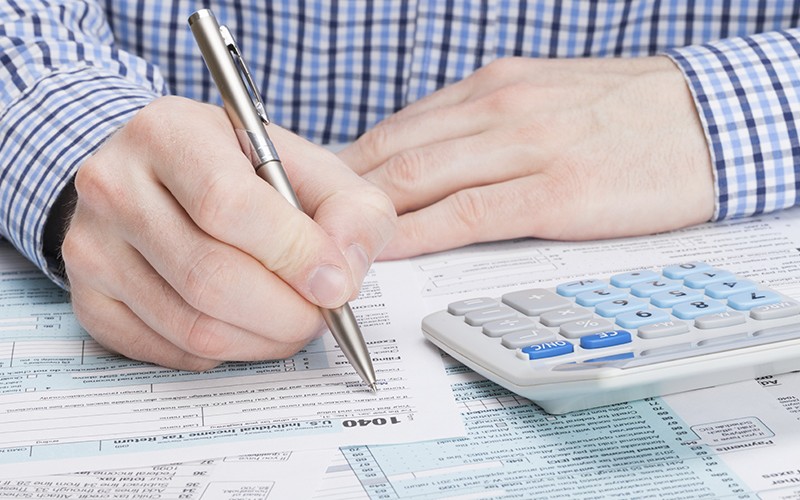 If you find that filling out Internal Revenue Service forms is taxing, Worcester State students are here to help.

Since the 1970s Worcester State has had a Volunteer Income Tax Assessment program, aimed at helping members of the community file their tax returns. The program is currently run by faculty advisor Michael Shamgochian, an assistant professor in WSU’s Business Administration and Economics Department. However, the program has previously been part of the Math Department and Urban Studies Department.

The site at Worcester State is part of the Worcester Free Tax Service Coalition which also includes locations at the Worcester Community Action Council, Main South Community Development Corporation, and Plumley Village. Most of the tax filers the Coalition provides assistance to are from central Massachusetts, but people from more distant locales also seek their services.

Student volunteers in the program sign up for it as a class. There are around 20 students in the class this year.  “One of the great things that Worcester State did, many years ago, was make it a class, because if it’s a class in the catalogue, it generally runs,” Shamgochian says. “Other schools that have it just as a volunteer program, it won’t run if they don’t have any interest and if the students don’t really get any credit for doing it.”

While the program is currently housed in the Business Administration and Economics Department, the student volunteers are not all business administration, economics, and math majors. A communications student is participating this year and any students are welcome to sign up for the class. There are some prerequisites, but Shamgochian says they can be waived if a student is really interested.

Student volunteers also need to take an exam to be IRS certified. “To be a paid tax preparer in the United States, you don’t need any kind of certification. To be a tax preparer at this site, you need an IRS certification and to pass an exam,” Shamgochian says. Assistance and course books are provided to help the students prepare for the exam and become certified.

Around 700 clients are served each year and that shows no signs of letting up in 2019. Before the VITA site at WSU opened for the season on Feb. 4, hundreds of calls and emails had already been made. There were even 30 appointments scheduled for the first day.

“It gets quite busy,” Shamgochian says. “Sometimes there’s a line out the door. Oftentimes if there are walk-ins who haven’t made an appointment, we often have to turn them away.” February and April are the busiest months for the volunteers, but March is less busy.

This service to the community has had a lasting impact on the student volunteers. After taking the class once, students can return as a supervisor or site coordinator. Current students and alumni come back to participate and support the VITA program.

Helping people with their taxes has resonated with the students. Shamgochian says. “I even heard from an old alumni, a guy who went to this university before I was born and he said, ‘I participated in the VITA program.’”

It is due to the student volunteers that the program has lasted so long. “It’s amazing to think it’s been going on all that time, ever since Nixon was president,” Shamgochian says. “Pretty much ever since the earned income tax credit has been around, we’ve being doing it here in some shape or form, although they would have been doing it in pencil or paper back then.” 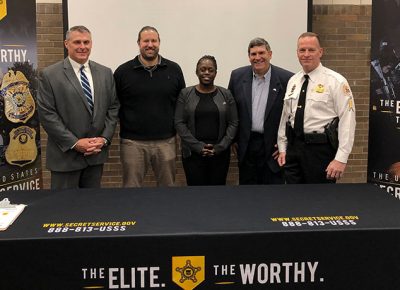 The Criminal Justice Department, in conjunction with Career Services, was honored to host the United States Secret Service on Nov. 28 and 29, thanks to the efforts of CJ Faculty member Francis Olive . . .