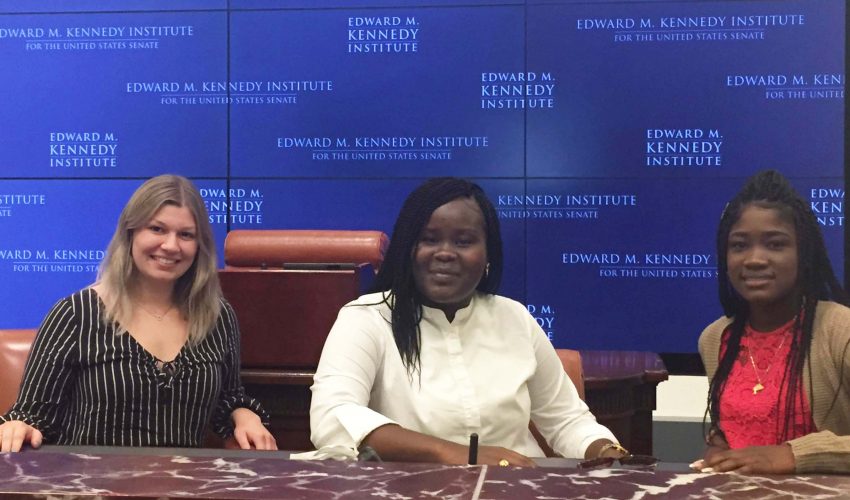 To honor Constitution Day, Worcester State students moderated a debate with students from Worcester’s South High School at the Edward M. Kennedy Institute in Boston, diving into the use of executive power and the executive office.

To begin the day, Assistant Professor Anthony Dell’Aera, Ph.D., gave a brief overview of the history of the U.S. Constitution and early history of the country. He focused on the executive office and the initial precedents established by President George Washington. Dell’Aera said that over time, executive office power has expanded, beyond the original envisioned powers allocated to that office.

Groups were assigned two sides of the debate: one defending a loose interpretation of the Constitution that supported the growth of executive power, and one defending a stricter interpretation in opposition to the growth of executive power. The judges for the debate were Hannah Weinsaft, a teacher at South High School, Dell’Aera, and Mark Wagner, director of the Binienda Center for Civic Engagement at Worcester State.

“I think both teams learned something about presidential power, the Constitution as a whole, and the processes of government,” said student Mike Kubicki, who helped organize the debate. Other Worcester State students participating were Eric Miller and Aidan B. Smith.

“I would say, given our current political climate, the subject of presidential power is an excellent one for us to consider. In the post war period, presidential power has grown to the point where it needs review, and the limits placed on it by the Constitution need to be re-instilled,” said Wagner.

In the end, the judges ruled the debate was a practice round and no winner was declared.

Constitution Day (or Citizenship Day) is a day of observance recognizing the adoption of the United States Constitution and those who have become U.S. citizens. It is normally observed on Sept. 17, the day in 1787 that delegates to the Constitutional Convention signed the document in Philadelphia. The law establishing the present holiday was created in 2004 with the passage of an amendment by the late Senator Robert Byrd to the Omnibus Spending Bill of 2004.

Article written by Aidan B. Smith

In the photo: From left, Katie Wagner, Tyanna McCaulsky, and Eunice Agyin-Yankson. 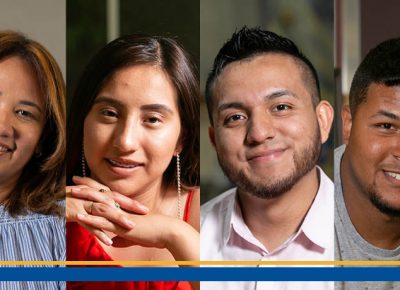 The Latino Education Institute Helps a Growing Population Break Down Barriers to College It's a conundrum that speaks to basic human fairness on one level, and the economic bottom line on . . .