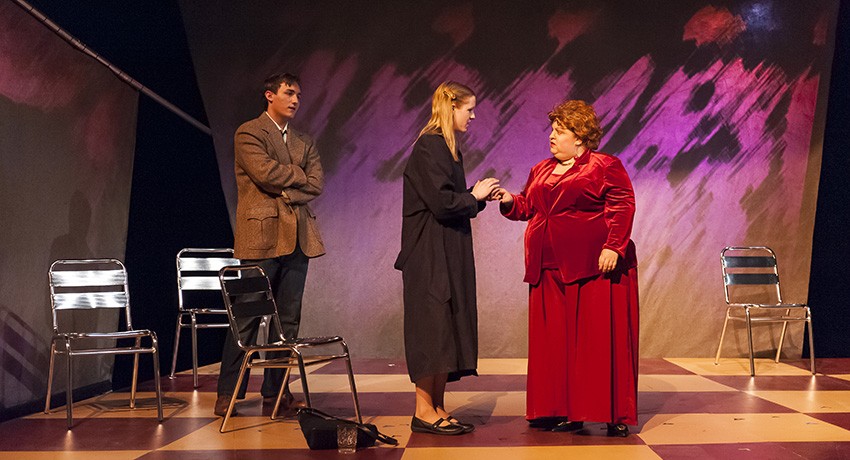 Christine Begin and Joe Aliberti have been nominated for the Ryans for their work on Dead Man’s Cell Phone and are eligible to attend the Region 1 Kennedy Center American College Theatre Festival January 29 – February 3, 2013. Also nominated was stage manager Sharon Garceau for recognition of her handling of the show. Cast members Matthew Cunsolo and Sara Penniman were selected as Irene Ryan alternates. Dead Man’s Cell Phone was performed for 398 people April 19-22, 2012.

John Karwaski and Trang Le were nominated for their work on the recent production of The Weir. They were nominated by the KCACTF Respondent Susan Sanders, professor of theater from Northern Essex Community College. Also selected were two alternates: Michael Sparks and Devin Malko.

As nominees, the students will perform scenes and monologues for selectors during the festival.

Susanna Meyer (Communication Sciences and Disorders) recently attended the national meeting of the American Academy of Audiology, AudiologyNow! 2012 in Boston. She presented research conducted with . . .