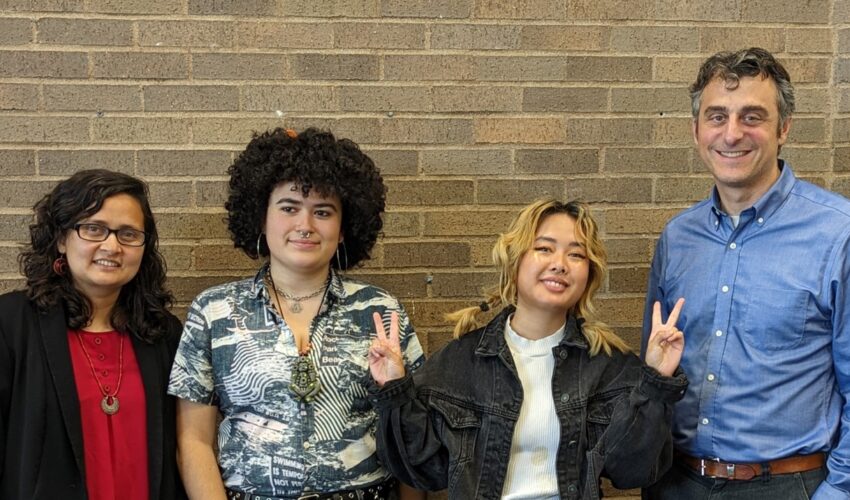 More than seventy students, faculty, staff, and community members attended the panel discussion, “Organize to Decolonize: How Can We Decolonize Community Engagement.” The Tuesday, Sept. 27 event—the first one hosted by the newly established Department of Interdisciplinary Studies—considered issues that arise from the notion of “doing good,” how identities and privileges affect how individuals engage with communities, and how individuals can responsibly work with (not for) diverse communities without reproducing systems of oppression.

“Decolonizing doesn’t just mean breaking free from a colonial power—like the British or the U.S. empire,” Professor Tanjeem said in her introduction. “It also means becoming free from everyday injustice and discrimination that are created and sustained by oppressive systems such as heteropatriarchy, institutional racism, capitalism, neoliberalism, and other interlocking means of oppression.”

“When we give charity, we choose who we want to help—it’s top down,” she continued. “When we talk about giving back, we don’t think about what we’ve taken—or that not everyone has the ability to give.” Further, she said, a lot of charity doesn’t address the root causes of poverty.

Él Martinez, whose activist pursuits have been shaped by their experience as a transgender person of color, detailed how they approach community organizing with conversations and consent. They said social work should start with “asking people if you can help” and continue with listening. “Communities are aware of the issues they face and are knowledgeable about how to solve them,” Martinez said. “That community knows what’s best for them. They’ve been working on it, and there’s a lot to learn from them before you begin. We do not need saviors in this work.”

Blue Nguyen, non-binary lesbian and award-winning social justice poet, also emphasized the importance of solidarity—not charity—as a powerful tool for bringing social change. “There’s not a lot of power given to the people you’re supposed to be working with,” Nguyen said. A social worker or community organizer should be mindful of “not taking the mic from somebody else who needs it.” Nguyen works with an anti-deportation organization within a Vietnamese community—a community to which they belong. This makes horizontal, rather than hierarchical, organizing much easier.

The discussion often turned to the role higher education institutions can play in affecting the way community work is conducted. Tanjeem stated that universities are often preparing students to thrive in an inequitable society rather than preparing them to dismantle inequitable systems. “Are we changing things?” she asked.

She pointed out that Worcester State University must critically examine how existing power hierarchies might shape its work with the local communities. She emphasized the need for training Worcester State students to be changemakers who will not just fit into the existing exploitative system but will challenge systems of oppression.

“We have to unlearn some of the things we know,” Illuzzi said. He has made changes to the curriculum and structure of his classes to democratize them and to challenge notions of what working with communities looks like, and he continues to assess and adjust his methods each semester.

Part of that adjustment involves giving students more space to guide one another. “We need all of those voices in order to counter the dominant narrative,” he said. That narrative is harmful, but it’s not always easy for people to see that. The concept of “helping,” he said, gives social workers a position of authority. “We can’t go into a community thinking we’re better than the people we are working with,” he said. “We need to teach students to interrogate their own positions of power, privilege, and vulnerability, and we need to learn how to work with and not for those communities.” 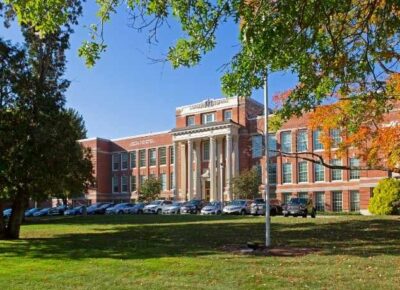 Every 10 years, the university comes together for an honest and exhaustive examination of how well it is doing as an institution. These efforts culminate in a self-study report available for all to . . .