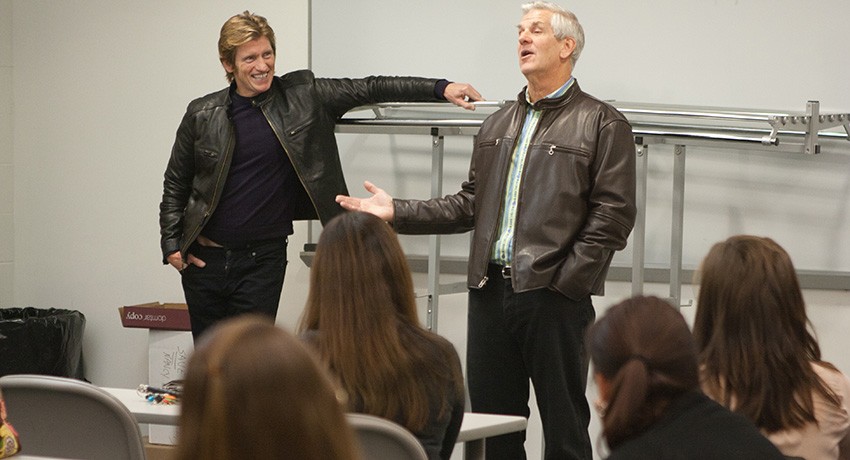 Prior to the showing of “Burn: One year on the front lines of the battle to save Detroit” at Worcester State University on November 15, some students who are criminal justice and nursing majors were able to meet with Denis Leary and Lenny Clarke in a less formal setting.

“It was exciting to see someone of that caliber laid back and willing to answer any questions we had. It began with each of us introducing ourselves and getting some background on both Leary and Lenny Clarke,” said Rebecca Mullen, a criminal justice major. “We talked about what made Leary begin with fire departments. He explained that it stemmed from many family connections and the family-oriented nature that the department had with all of the members.”

“How Leary and Clarke began to work together was also an interesting and unexpected explanation,” she added. “It was overall exciting to learn about someone starting from Main South and working up to become as well-known as Leary is today. Clarke worked with standup comedians in Cambridge, and that is how Leary met him. Overtime their relationship grew, and Leary asked Clarke to come help him with a movie in Canada. They have worked well together ever since.”

Earlier in the day, visual and performing arts majors and students in Acting 1 met with documentary film directors and producers Tom Putnam and Brenna Sanchez, and learned about “Burn,” which is their latest documentary.

Putnam and Sanchez have spent four years bringing the story of Detroit’s Engine Company 50 to the screen, and students learned the hard work involved in making a documentary like “Burn”—from difficult meetings with city officials to sleeping in a trailer right outside the fire house.

The directors and film crew had to be ready to jump out of a dead sleep and in 60 seconds be on the rigs, cameras ready, to get to the scene of the fire. Sanchez talked about sleeping fully clothed, with camera batteries ready to go in her pockets.

The film had three directors of photography during the process, two of whom had backgrounds as sport photographers.

Putnam described what a huge advantage it was to have their expertise on the film. They were able to capture the quick and often chaotic action shots quite gracefully, providing detailed and moving footage for the film.

Students were able to ask the directors questions, and Nicole Marchand, nursing major and theatre minor, asked how, after taking over 1,000 hours of film, they chose what to put in the documentary. Marchand, as well as other students enrolled in Devised Theatre, are currently acquiring information from various sources for the devised piece WSU is producing in the fall, “War Children.”

Putnam and Sanchez described their process. Moments that they captured—a fire at a certain location, an interview with a certain fireman—each “event” would get written down and described on a 3-by-5 index card and stuck on a wall. As they acquired more footage, more cards filled the wall, and they started to color code them and group the cards together when the stories centered around a certain person, event, or theme.

Putnam said that eventually they came to the realization that a large majority of their stories centered around the theme of change, and so they decided that would be the theme they would focus on. From there, each event got sorted through that filter, and if it fit the theme, it stayed, and if it didn’t, it had to go.

While the documentary was accepted to the Tribecca Film Festival and received the Audience Award, the film has yet to be picked up by a distributor. So Putnam and Sanchez are doing the work themselves—touring the country and holding fundraisers to bring the film to more and more audiences. 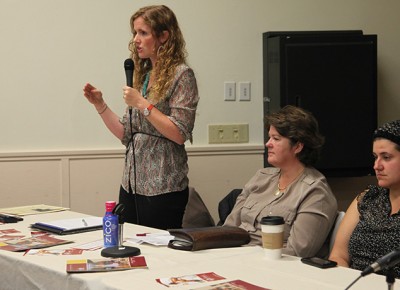