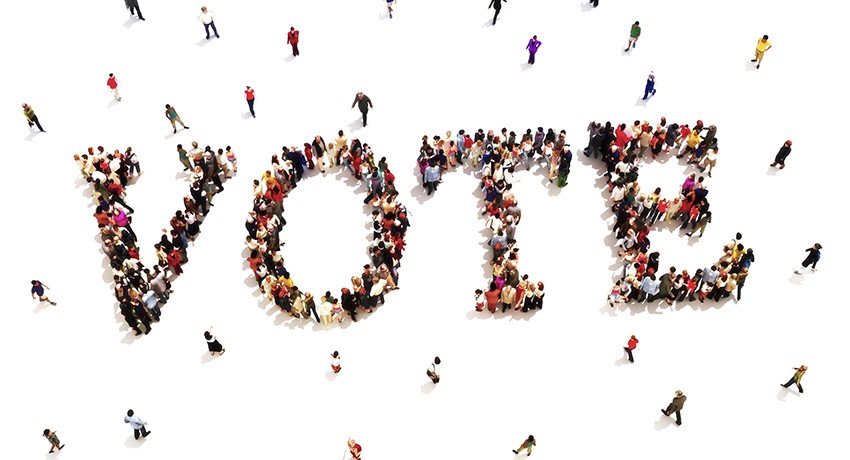 Election Day is approaching quickly—and with it the opportunity for voters to express their opinions about some of today’s most pressing and debated issues as well as who should be the next commander in chief. Ballot questions that Massachusetts voters will get the chance to consider include whether marijuana should be legalized and whether the number of charter schools should be expanded.

If the 2012 presidential election is any indication, at least half of Worcester State University students will go to the polls on November 8—or cast absentee ballots or participate in early voting, which started on October 24 in Massachusetts. That was when 56 percent of WSU students voted out of a total student population of 6,422, according to the National Study of Learning, Voting, and Engagement by the Tufts University Jonathan M. Tisch College of Citizenship and Public Service.

That was in spite of 73 percent of WSU students being registered to vote heading into that election. Of those students, 76.8 percent, or 3,560 individuals, actually cast ballots.

The study also showed the drastic difference in voter participation in national midterm elections. The voting rate of WSU students dropped to a low of 27 percent overall in the midterm election of 2014 in spite of having a 62.3 percent voter registration rate. The number of WSU students registered to vote who actually cast ballots also declined to 42.5 percent. (WSU had 6,508 students enrolled that fall.)

Not only has the number of students who vote declined in recent elections, but fewer have been registering to vote. For the 2012 election, 4,638 students were registered, but only 3,985 were registered in time to vote in the 2014 midterms.

WSU is one of about 900 colleges and universities around the country that participate in the study, which launched in 2013. Since then, the Tisch College of Citizenship and Public Service has monitored the voting rates of more than 6 million college students. By tracking these voting rates, the Tisch College and participating schools can develop a deeper understanding of political learning and engagement in democracy by college students.

So what are potential causes of the alarmingly voting and registration trends among WSU students?

“Many voters feel that their vote may not count,” said Nathan Angelo, Ph.D., an assistant professor in WSU’s History and Political Science Department. “For example, in recent elections, the state of Massachusetts has voted for Democratic candidates. A Democrat might feel that their candidate is going to win the state anyway, so they might just not vote.”

In addition, “living on campus is a disadvantage” when it comes to voting, said Mark Wagner, Ph.D., director of WSU’s John J. Binienda Center for Civic Engagement, which signed WSU up to participate in the study. “Students need to go home on Election Day in order to cast their vote.”

The NSLVE attempts to track the voting methods used by college students, including in-person on Election Day, early voting, and absentee ballot. However, these results were inconclusive for WSU students.

Age also plays a role. The NSLVE study points out that WSU students ages 18-24 are far less likely to vote than their older peers.

With all of the media, classroom, and social attention centered on what is seemingly the most controversial presidential election in recent history, it is surprising to think that there will be eligible voters who do not make their voices heard—whatever the reason. The WSU campus has tried to make reasoned discussions about political issues and candidates accessible to the student body through programs like the recent Democracy Cafés.

Such programming could help WSU’s 2016 student voting rate improve over that of the 2012 presidential election. According to Nancy Thomas, director of the Institute for Democracy and Higher Education at Tufts University, the more political discussions a campus has, the higher its student-voting rate.

April Goddard ’17, an English major and intern in the WSU Marketing Office, contributed to this article. 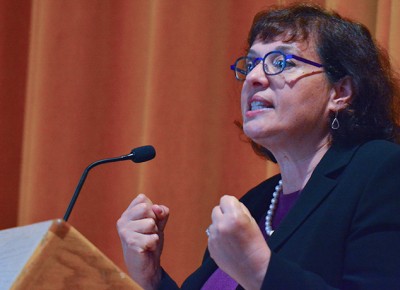 This year we are on track to see a record number of unaccompanied children—some as young as 3 years old—trying to enter the United States from Latin America, according to Pulitzer Prize-winning . . .