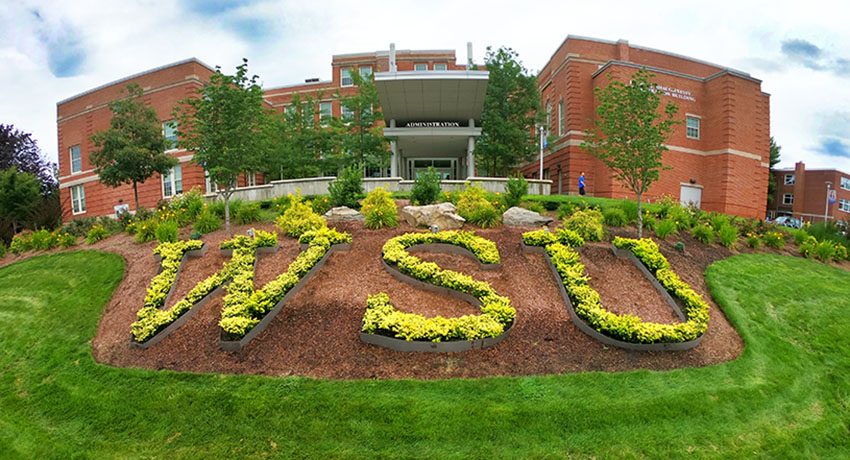 All parking lots and internal campus roadways were officially open as of Tuesday, Aug. 20, after a summer of infrastructure projects that were completed in time for the start of the fall semester. Coughlin Field also sports a refreshed look thanks to a $2.9 million makeover, with a new two-sided scoreboard and message board, track surface, field turf, and new venue branding with updated logos and Lancer images. Lighting and sound systems were also upgraded.

Parking Lots B (Wasylean), D (south entrance), F (behind Sullivan), and H (between Sullivan and the Administration Building) were ground down and repaved in stages throughout the summer. The Student Center/Coughlin Field roadway was reconstructed and a new pedestrian sidewalk with site lighting was installed. Many of the pedestrian crosswalks received special attention and now include flashing walk signs for extra safety.

The lawn in front of Sullivan was also graded, leveled, and reseeded to improve the public-facing side of campus. As part of that project, the WSU shrubbery letters were moved to the inside of campus in front of Administration Building. Several varieties of trees—Dawn Redwood, American Beech, and Regal Prince oak—were also planted in front of Sullivan. The varieties were chosen for their beauty, but also because they are not considered hosts for the Asian Longhorn Beetle, an invasive species that has caused trouble in other areas of the city.

Other summer projects included the installation of HVAC units for the Ghosh Science and Technology Center; new elevators in Dowden Hall; and the replacement of interior flooring and exterior doors for the second-floor entrance to the Learning Resource Center. 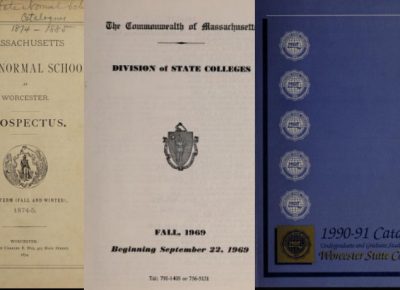 Course Catalogs From the Past Now Online

Course catalogs from Worcester State’s past are now available to read online. The catalogs describe the curriculum at Worcester State from the 1870s to the present and include academic calendars, . . .