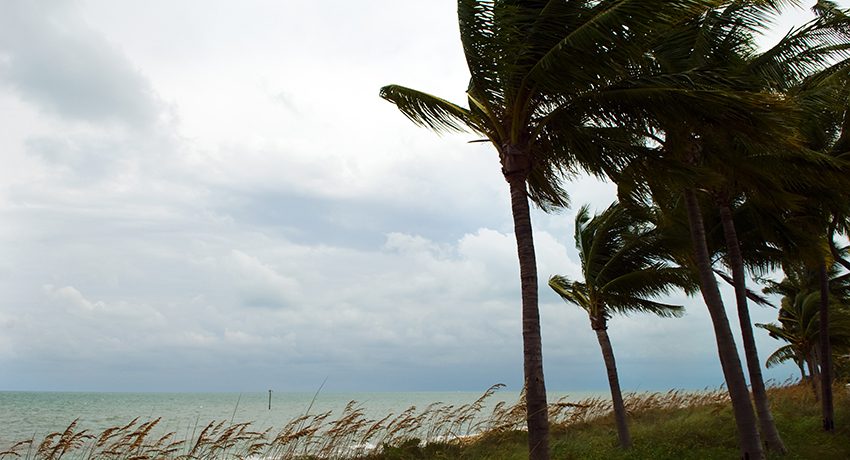 Colonialism is often thought of as a thing of the past, but for Puerto Rico it is a part of ongoing economic inequality that has hampered the island’s recovery from the devastating September 20 hurricane, said faculty from Worcester State University’s Sociology Department at an October 24 teach-in. Some in the audience offered their first-hand accounts of the devastation left in the wake of Hurricane Maria, confirming much of the analysis.

The historical roots of the island’s current dilemma, as well as calls for action, were discussed at the event, called “Puerto Rico Teach-in: Disaster, Debt Crisis, and Collective Action after Hurricane María,” which was led by Associate Professor of Sociology Francisco Vivoni, Ph.D., and was sponsored by that department. He spoke to a standing-room-only audience in the Sheehan Multipurpose Room.

Francisco Ortiz, a business major and Puerto Rico native, was one who made the trek to Puerto Rico shortly after the storm to check on family and friends.

“It was awful,” said Ortiz, of the drive from the San Juan airport to the southern part of the island where he grew up. “It’s so hard to just get there now.”

Because there still was no electricity (power had been restored to only about 20 percent of the island as of late October), renting a car at the airport didn’t involve swiping a credit card or scanning a license at a self-serve kiosk. “It was all done with paperwork,” he said. “It was very old school.”

Then he had to constantly navigate around storm debris to reach his destination. “There are trees all over the highway and because there’s no electricity, they have a curfew, so you’ve got to rush,” he said.

When he finally arrived at his hometown, he was greeted by his father, aunts and uncles, and friends from childhood. Many had lost their homes.

“All the wood houses are gone,” he said. “All the trees are knocked down, and whatever is left standing has been stripped of leaves. There’s nothing. You can see for miles.”

That burden is largely the result of historical imperialism and unfair economic measures imposed by the U.S. Congress that benefit corporations over the people of the island, according to Vivoni.

Vivoni outlined some of the many things that have contributed to economic inequality in Puerto Rico, which in turn has led to the debt situation and a weakened ability to respond to disasters such as Hurricane Maria. Among them:

Vivoni said there is no debt cancellation or economic development package in sight, “but everyday people are making do even within this dire setting, where the rich have their bellies full and the rest are hungry.”

People are sharing meals, stretching extension cords across yards to share power, forming machete brigades to clear roads, and sharing their homes with family and friends who have lost theirs. To lighten the somber mood, cirqueros, or circus people, travel from place to place bringing laughter therapy to distressed communities.

Support also comes from the Puerto Rican diaspora, people like Vivoni who have left the island. Those who live in the States have more governmental influence than Puerto Ricans back home, who have very limited representation in Congress, he said. He urged audience members to contact their elected officials and demand debt cancellation and a stronger relief effort for Puerto Rico. 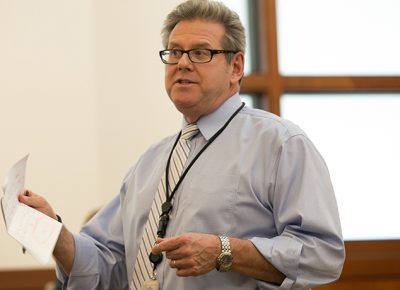 The court system has changed dramatically over the past few years, according to Worcester District Court judge and Worcester State University 1982 graduate Michael G. Allard-Madaus, who called it a . . .