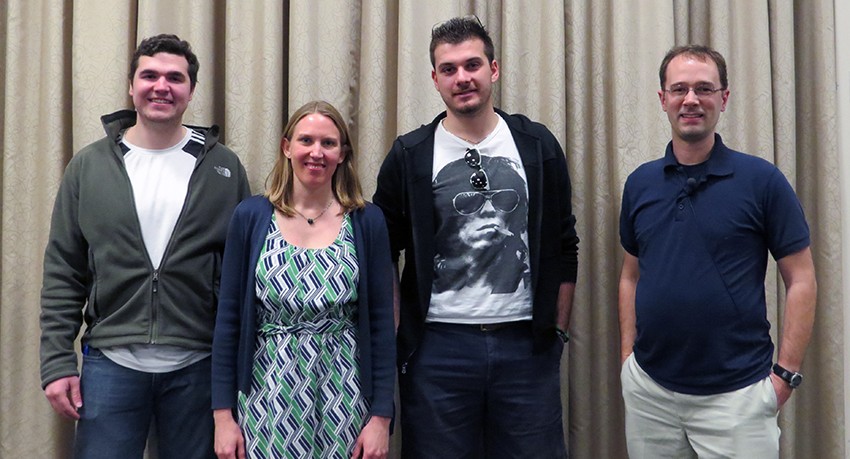 As the old saying goes, “beauty is in the eye of the beholder.” But what causes the beholder to decide who is beautiful and who is not?

Dr. Jeremy Wilmer has studied this topic with a little help from a few thousand strangers at his TestMyBrain website, which engages and collaborates with volunteer users by providing them with tools to help them learn about themselves. Dr. Wilmer, who is an assistant professor of psychology at Wellesley College, recently spoke at Worcester State University about his research and the site.

Wilmer began the lecture by showing an example of the type of test one would find on the website. Participants are asked to determine the attractiveness of a sequence of faces on a scale of 1 to 7. The test, taken by over 47,000 individuals, has revealed some things about how the brain determines attractiveness. According to Wilmer, 50 percent of one’s aesthetic preference is shared throughout the population, while the other half differs based on individual experience.

TestMyBrain has accumulated 1.5 million participants over eight years to take various research tests. These tests have a mutual benefit in that participants get the chance to better understand their brain and how they compare to others worldwide, while Wilmer and his staff observe the trends spanning their wide audience.

Wilmer and staff took the results of his attractiveness test one step further by focusing on twins, both identical and fraternal, as a control group. After collaborating with the Australian Twin Registry for the study, they were surprised to see just how different the twins’ opinions on attractiveness were. Despite the same family and genes, identical twins varied quite a bit.

Interestingly, when it comes to remembering faces, the results showed that twins were more proficient, indicating a higher likelihood that this trait is genetic.

“If you are good at recognizing faces, thank your parents. If you’re bad, it’s your parents’ fault,” said Wilmer. “I mean, it’s not their environmental fault, it’s not that they made you watch Mr. Rogers rather than something else; it’s just their genes.”

He moved on to talking about the recent “PR problem” standardized tests have when looked at as an effective measurement of intelligence or ability. Wilmer asked the crowd if they dislike tests. Not surprisingly, the majority of the audience said yes.

“Wait a minute,” Wilmer said. “How about these thirty-five thousand people? Did they not like tests? I mean, they came to a website called “Test My Brain.” We’re not being very subtle about it, these are tests.”

Wilmer suggested the reason TestMyBrain is successful, despite being a series of tests, is because it is a way for people to learn about themselves. The tests are clear, efficient, quick, and engaging.

According to Wilmer, TestMyBrain is about testing yourself and finding empowerment through the idea that there are many ways to be intelligent.

“We have an educational mission. Participants are our bosses,” Wilmer said. “If we don’t put things up there that people think are cool, we’re not going to get any data; our research program is going to stop dead in its tracks tomorrow.”

Using the information, his staff has found a trend linking success on a test with specific educational paths: STEM majors tend to do better on tests that divide attention, while humanity majors do better at facial recognition. As long as the data continues to come in, Wilmer and his staff can continue to find these trends, and his participants can continue to have some fun along the way.

The lecture was sponsored by the Honors Program as part of the Theme Semester “Seeing/Believing: Evidence, Perception, and Interpretation.” 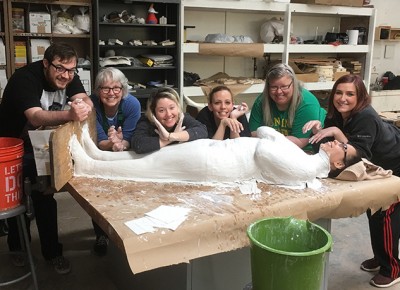 Research often reveals significant truths. And, when research meets art, it takes on a whole new dynamic. In the upcoming play, CitySpeak, Worcester State Theatre and the Visual and Performing Arts . . .