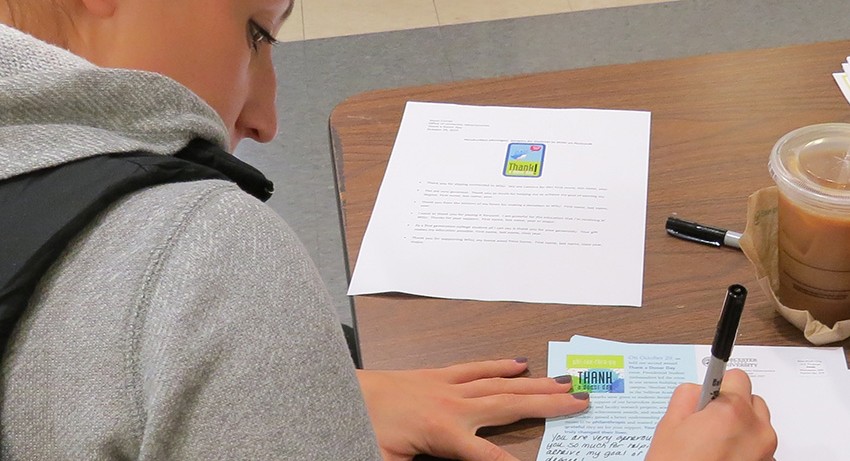 Worcester State University received the 2016 CASE District I Silver Excellence Award in the Donor Stewardship Category for the Thank-a-Donor Day that was held on Oct. 29, 2015, beating out perennial powerhouse Boston University. No gold award was given in the category.

During Thank-a-Donor Day, students signed 750 postcards, offering hand-written words of gratitude to donors. Supervised by the Presidential Student Ambassadors (PSA), the day-long program helped WSU students learn about the importance of private support in public higher education and develop a sense of gratitude for donor contributions.

PSAs promoted the Thank-a-Donor Day for a week leading up to the event using social media and posters. On the day of the event, students were encouraged to hand sign 10 postcards. They were then entered into a raffle and given stickers that said “I thanked a WSU donor today!” Students were encouraged to take selfies and upload them to Facebook and Twitter using the hashtag #WSUTADD.

The postcards, featuring a photo of the PSAs, were mailed to donors who give at the $250 level and above following the Alumni Association’s annual Distinguished Donor Dinner. Alumni and friends received heartfelt message of thanks directly from students demonstrating the direct impact of their gifts.

In 2015, Worcester State was recognized for the first time by CASE District I with a Silver Excellence Award in the Fundraising Programs Category for the inaugural Day of Giving Challenge. The gold was given to Dartmouth College.

The first Day of Giving Challenge boosted annual giving over a 24-hour period by leveraging social media, email, phonathon, and grassroots communications of all kinds. The goal was to set a new record for single-day donations of 300 gifts and promote a sense of Lancer pride in our students and alumni. At the end of the day, Worcester State received 685 gifts from 605 donors totaling $73, 904.41. 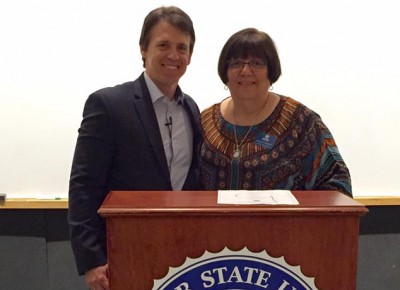