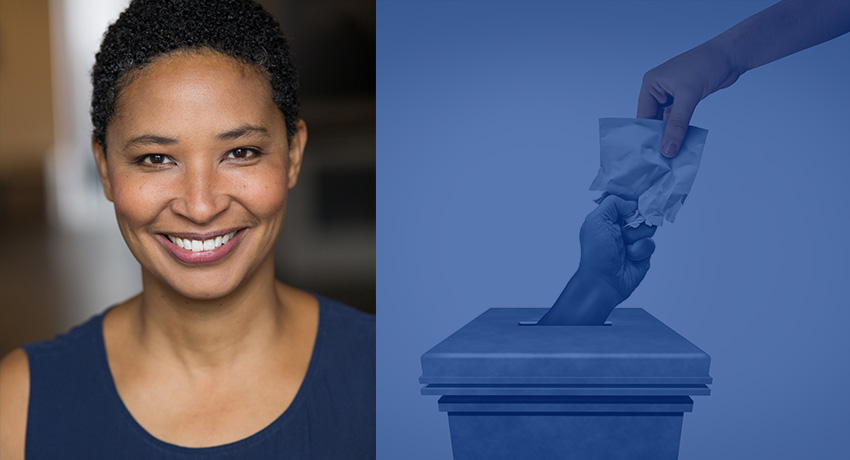 Should voting be mandatory in America? Harvard professor Danielle Allen, Ph.D., never used to think so although recent voter-suppression initiatives have changed her mind.

“I was definitely originally one of the naysayers on the idea. I thought that it would go too much against the grain of our kind of Libertarian culture,” she said, as featured speaker during a recent Zoom event titled “Voter Suppression and the Power of the Black Vote.”

The event, held in honor of Black History Month, was co-hosted by Worcester State University and its partners in Higher Education Consortium of Central Massachusetts (HECCMA). Allen, a political philosopher and public policy expert, is the James Bryant Conant University Professor and director of Harvard’s Edmond J. Safra Center for Ethics. She focuses on democracy innovation, public health and health equity, justice reform, education, and political economy, and has indicated an interest in running for governor of Massachusetts.

After touching on some of the historical aspects of voter suppression in her talk, Allen spoke about possible ways to empower voters, including same-day and universal voter registration and making federal election day a national holiday, perhaps on Veteran’s Day.

But the most powerful tool in the fight against voter suppression is universal voting, she said.  It’s a policy, already in place in Australia and other countries, which treats voting like jury service. Recognizing that universal voting would be no different than jury duty helped Allen overcome her initial resistance to the concept, she said.

“So, just as we have jury duty, the idea is that there’s voter duty,” Allen said. “It’s a responsibility to turn out. Voting is mandatory, and there’s a minimal fine for those who don’t participate.” But making it mandatory also does not mean that everybody must fill in all the blanks on a ballot. “You can just submit a blank ballot and that counts as participation,” she said.

Working toward universal voting would help staunch the growing number of voter-suppression initiatives, a pernicious trend that reflects a threat to the foundational belief that everyone who is eligible should be allowed to vote. “We are in a situation in this country where I think we really are slipping away from a clear commitment to universal suffrage,” Allen said. It is a troubling notion that came home to her most profoundly in the debates in Congress last summer over COVID-19 policy.

In May 2020, the House of Representatives passed the Heroes Act aimed at providing money for testing, contact tracing, and other aspects of the COVID-19 response that were badly needed. The Senate, however, did not move on the bill over the course of the whole summer, instead stalling for months.

“During the summer, states were moving to bring in mail-in voting, as we did here in Massachusetts, and states were setting up voting centers, they were setting up early voting, and the Heroes Act included funding for secretary of state’s offices around the country to make sure that they could execute on those policies effectively and safely,” Allen said. “It included funding for the post office, for example.

And it was because the Heroes Act included these election-related provisions that the Republicans were not interested in moving it forward at all, so they just sat on it and sat on it.”

It was only at the end of September, when the election provisions were moot because it was too late to implement any of them, that negotiations around COVID-19 policy went forward again.

“Over the summer, we actually watched while response to COVID-19 was held hostage to a fight over how we handle voting rights,” she said. “And the thing that became very clear to me in that moment was that I could no longer take it for granted that my whole country affirmed the value of universal suffrage, because at the end of the day, we were in a pandemic. It was necessary to make it possible for people to vote without exposing them to infection. There was an emergency reason for making access to the vote as easy as possible, and as flexible as possible, for everybody.”

Mail-in voting was one of the more contentious Heroes Act provisions. As it turned out, mail-in voting did not actually tip things in the direction of one party or the other but contributed to a surge of participation across the board, she said.

But voter activation at such a high level is seen as threatening by some. “We’ve gotten to a point where one of our parties, the Republican Party, is working consistently to reduce levels of participation,” Allen said. “Again, the understanding appears to be that it’s in the benefit of the party as an organization to do that, so they are working themselves into a place where they’re not any longer able to communicate a commitment to universal suffrage.”

The solution, Allen says, is to rebuild across our society a commitment to universal suffrage. She believes the easiest way to do that would be by leapfrogging over all the contentious technical questions such as whether to have mail-in voting or voting centers and “simply say that we’re going to have universal voting. We’re going to establish that for federal elections, everybody has to vote, it’s mandatory. And then we just have a technical question, as we do with jury duty, about how we actually get ballots into people’s hands safely and in ways that ensure the integrity of the election.” 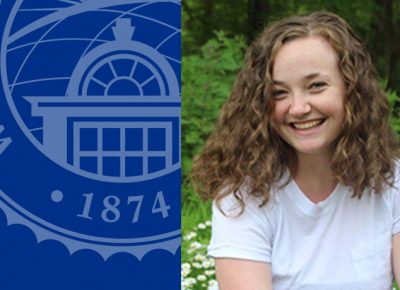 Caroline Bailey ’21 learned first-hand how much effort goes into writing a bill and getting it signed into law after working as an environmental issues fellow with State Rep. David . . .