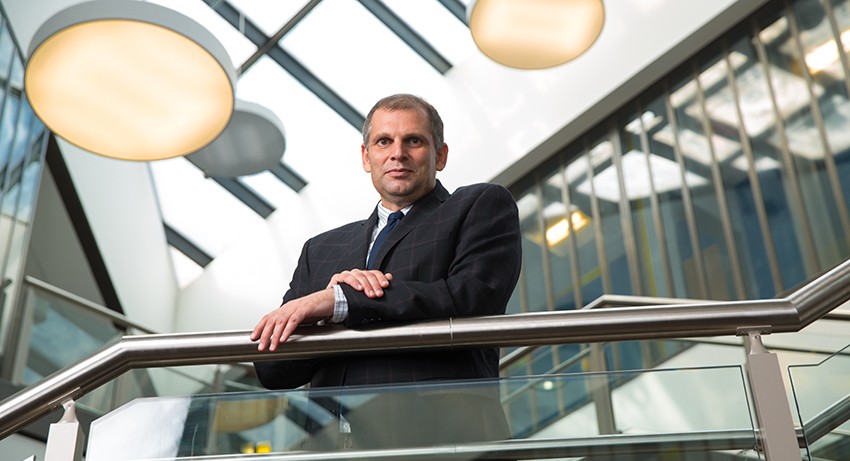 Theriault Offers a Conversation on ‘Impossible Harms’ at Columbia

Recent political trends including populism, nativism, racism, white supremacism, and fascism were some of the many issues discussed by Henry Theriault (Academic Affairs) at a talk at Columbia University on November 30.

Titled “Impossible Harms: A Conversation with Prof. Henry Theriault, President, International Association of Genocide Scholars,” the event provided a forum for such wide-ranging topics. Theriault recently was elected to lead the IAGS.

Theriault said he and participants explored whether current political trends are leading us to increased human rights violations and even genocide, how scholars might respond to these troubling trends, and the implications of the current U.S. administration’s “America first” approach to international issues. Questions arose about whether there should be attention on long-past genocides and other mass atrocities in the face of so many contemporary human rights challenges.

It’s not necessary to look far in contemporary society to find human rights violations, says Theriault. One of the questions he framed for the talk at Columbia: Why is it that, even though there has been a growing emphasis on human rights education in preceding decades, human rights abuses show no sign of decreasing from decade to decade, and some might say they are increasing?

One of several organizations involved with presenting Theriault’s talk was the Armenian Center at Columbia University. Theriault notes that, regarding the Armenian Republic, justice for the 1915 genocide is often presented in tension with concerns about the republic’s current problems, including Azerbaijan’s recent renewal of military violence against Armenians and escalating rhetoric. The question, he says, is whether this is a legitimate opposition, or in fact are the two issues related?

Another presenter of the event was the Institute for the Study of Human Rights at Columbia, which served as one of the inspirations for Worcester State’s Center for the Study of Human Rights, founded in 1982 by the late professor emeritus Merrill Goldwyn, an English Department faculty from member 1968-1998. Goldwyn had earned his Ph.D. at Columbia.

Theriault says he gives credit to colleagues and the entire WSU community over the years for inspiring and supporting the work he has been doing, and providing many opportunities for him to bring his work into the classroom and the campus as a whole through the Center for the Study of Human Rights and other venues.

“WSU is truly a special place for committee scholars to engage the most challenging local, regional, national, and international challenges,” Theriault said. “So many faculty, staff, and students are doing tremendous work that it really energizes all of us to take on a range of human rights issues.” 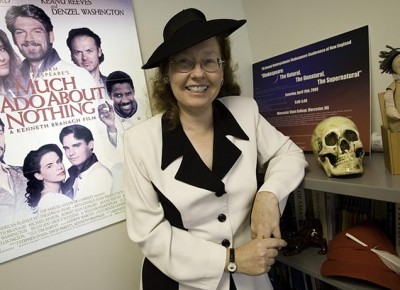 Sharon Yang (English) had a book launch for her second novel, "Letter from a Dead Man," at The Booklovers' Gourmet, in Webster, Mass., on November 18. This is the second novel in Yang's Jessica . . .