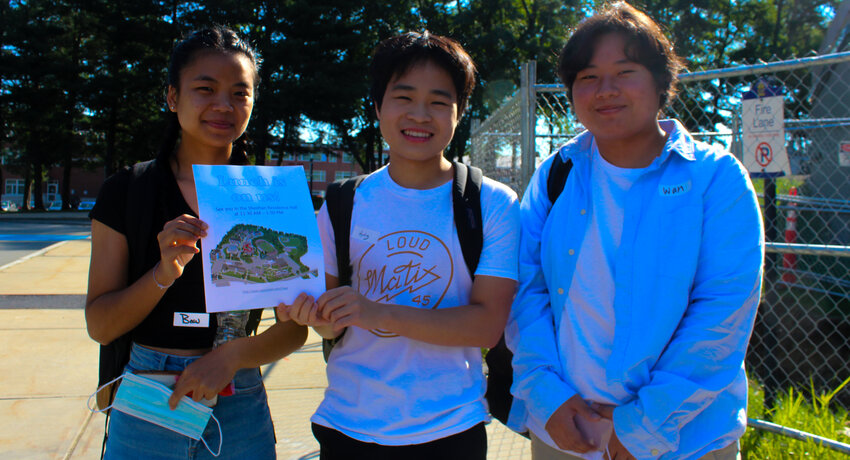 Where do Worcester State students go when they need a little support? An enthusiastic group of students got a much clearer idea about that after participating in a recent scavenger hunt that led them from office to office throughout the campus, doing fun activities along the way.

“It was a lot of fun,” Valerie Fallica ’24 said, after completing the hunt. “I’m a sophomore but wasn’t able to explore the campus last year since everything was online, so today I learned where a lot of different places are, like where I can get tutoring for math, which will be really helpful for me.”

The scavenger hunt was part of a faculty-initiated campus reengagement event that also included a luncheon at which students could meet with community partners. Partners included guest speakers that professors bring into the classroom or leaders of organizations where students engage in field-based learning and contribute to their community.

“Professors turn to organizations and their representatives to help students understand their coursework better and become involved in applying what they learn in the classroom to the real world,” said Christina Santana, Ph.D., assistant professor of English and director of the Writing Center, who was a prime organizer of the reengagement event.

The day began with the scavenger hunt, which aimed to familiarize incoming students with the campus. “We hope students learn where to find the resources and supports across campus that can really help them be successful while they’re here,” said Dawn Eades Montagna, Ed.D., associate dean of student engagement and student affairs, as she worked the scavenger hunt sign-up table.

Montagna said the event was designed to help ease students into campus life, whether they are first-year students just starting college or sophomores who didn’t have the chance to be on campus last year.

“The fact that the campus is now open and they can actually engage in-person with an office makes a big difference compared to Zoom calls and phone calls and emails,” she said. “Now they actually get to navigate the campus and learn where these offices are so they can really seek out those supports when they need additional assistance or when their friends do, because word of mouth is powerful.”

Organizers also wanted to give first-generation and minority students a friendly introduction to their new academic home, according to Nabin Malakar, Ph.D., assistant professor of the Earth, Environment, and Physics Department, who helped plan the event. “Our hope is that students will feel reengaged and reenergized,” he said. “They are coming into the real world after the pandemic, which has been a traumatic experience. Being on campus could be overwhelming for many of the minority and first-generation students.”

Students began the scavenger hunt outside the Office of Multicultural Affairs, where they received general instructions, a “passport” to collect signatures, and a clue guiding them to their first stop. After their interaction with each stop, which included activities such as writing a hope and a fear for the semester at the Writing Center or solving easy or challenging math problems at the Math Center, students received a signature in their passport and were shown a QR code to scan with their phone. The QR code contained the clue to their next stop. After students visited all the stops, they were invited to the luncheon where prizes were handed out by Andrew Piazza, Ph.D., assistant professor of health sciences, who was one of the main faculty organizers of the reengagement event.

The day’s activities seemed to have the intended welcoming effect for students. “I thought it was really fun,” Brooke Young ’24, said. “Being a college student can be really overwhelming so knowing that people are there to support you and that you have resources is just super important. And it just feels really good to know that the school is supporting you.”

The event was spearheaded by Santana who wrote a grant proposal that was funded by the Higher Education Innovation Fund. The money covered the cost of the luncheon and prizes for participants. In addition to Santana, Malakar, Montagna, and Piazza, key roles also were played by Aldo Garcia-Guevara, Ph.D., professor of history and political science. “Credit for the success of this event really is due to a lot of cohesive teamwork,” Malakar said. 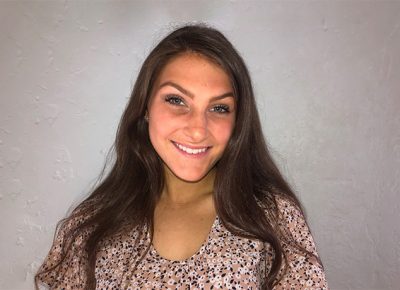 Abbigail Poplawski ‘23 understands how challenging the transition from high school to college can be so when a call went out for Peer Mentors to assist incoming first-year students she applied . . .