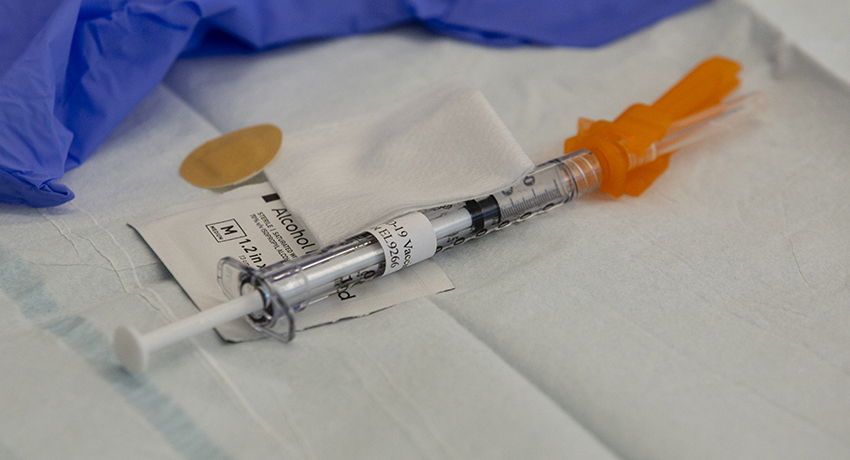 Two Campus Conversation panels within three days gave experts from the Worcester State community the opportunity to address vaccine safety issues, both fact and fiction, in the hopes that more people will consider getting vaccinated when they are eligible.

The panels were organized in response to an early February campus survey conducted by Assistant Vice President of Assessment and Planning Sarah Strout, Ph.D., that showed that of the 1,118 faculty, staff, and students who responded, 78 percent either intended to get vaccinated or already had been vaccinated. Students were less likely to say they intend to be vaccinated, especially Latinx students (69 percent) and African American students (57 percent). Many ALANA students said they were concerned about the safety and efficacy of the vaccine, as well as a perception that the vaccine approval process was rushed.

Bah began by describing the differences among the three most common vaccines, the two-shot Moderna and Pfizer vaccines that use mRNA, and the one-shot Johnson & Johnson vaccine, which uses a more traditional way of transporting directions to the body—through a viral vector platform using an adenovirus, or common cold virus—to teach it to produce an immune response to COVID-19. Although clinical studies show the Moderna and Pfizer vaccines have a 90 percent efficacy, and the J&J only 70 percent, Bah said those numbers are deceiving.

“The three studies were done at different times when the prevalence of the virus in the community was different, so you can’t really compare those numbers. The number that really matters is severe infections and deaths, and we know that all three are 100 percent effective. So for the numbers that really count, they are the same,” he said. “From the individual clinical trials for each vaccine, we know they are incredibly safe—people might get a mild injection site [soreness] or a mild next-day reaction—but they are incredibly safe.”

Viswanathan addressed the common misconception that the speed at which the vaccines were approved means that steps were skipped in the clinical trials.

“No phase of the trials was actually skipped,” she said, noting that because the vaccines were being tested in the middle of the pandemic, “we had the safety profiles coming through quickly because we had so many cases.”

Moattari emphasized that while mRNA has not been used as a common vaccine platform in the past, research on mRNA has been ongoing for the last 15 years, and previous clinical trials proved the safety of its use. An abundance of funding also helped the historically fast development of the vaccines.

“Usually the funding is scarce, but actually $10 billion came from both public and private resources,” he said. Some clinical trial phases did overlap, but the drug manufacturers took a gamble that the trials would prove successful. “They started the production of vaccines at the same time they were going through the phases. You might have ended up with a vaccine that didn’t have any efficacy, so all of that production would have been wasted.”

Chalupka explained that because of previous scientific breakthroughs, after COVID-19’s genetic code was sequenced, “It was plugged into pre-existing technology with an already working process that has been evaluated for other vaccine uses.”

She also noted that large-scale trials were organized quickly. “Gratitude to those early participants in the trials because that is one of the key things that helped things progress so quickly. . . And the virus was spreading so quickly, regulators could see if the vaccine candidates made a difference in a very short period of time.”

In the Wednesday panel, Aisiku said that he is working to encourage Black and brown populations to get vaccinated because he sees who are the very sick patients in his emergency room and ICU.

“During COVID, we see patients from different neighborhoods that we didn’t traditionally see at Brigham. It was heavily skewed to Latin populations at first, then Black populations. And the ICU has the most severe outcomes,” he said. “We need to be sure the challenges and fears they have are clearly explained and that we are clearly encouraging them” to get vaccinated.

Chalupka addressed some mistruths floating out on social media that are causing confusion, including that the mRNA vaccines can change your DNA.

“The good news is that the vaccines can absolutely not do that,” she said, describing mRNA as a naturally made way to encode instructions to train your body to make an immune response. “mRNA is like standing in your kitchen and thinking about what you are making for dinner. You have all the ingredients to make dinner but you don’t know how to make it. The vaccines are simply the recipe,” adding that after the recipe is read, it is destroyed.

Chalupka also addressed the myth—popularized by a discredited anti-vaxxer and following the plot of an unfortunately timed fictional television series written seven years ago—that the vaccines will make someone infertile. In fact, in the Pfizer study, “More women conceived than in the placebo group. There’s absolutely no evidence in this pandemic that it has changed fertility patterns,” she said.

During both panels, participants encouraged people to get vaccinated as soon as they are eligible.

“Issue of healthcare disparities and inequalities, those persist. If you don’t get vaccinated now, you may have issues accessing them later on. If you get a chance to get the vaccine now, please get it. It protects you and your loved ones around you,” Bah said. “There’s no doubt what effect COVID has had on us all. Life has not been the way it used to be. Here’s a chance to deal with it. If you have a chance to get a vaccine, please get it.”

Kazarian added an upbeat note about what the vaccines mean to society as a whole.

“It’s certainly been a very challenging and difficult year, but with the vaccines and herd immunity on the horizon, we are definitely hopeful. Things are definitely improving and we’ve learned so much by having to adapt and all these skills we’ve obtained to try to continue to do our work through this pandemic. It’s brought out the best in us. We’re all going to be better and stronger when all is said and done,” she said. 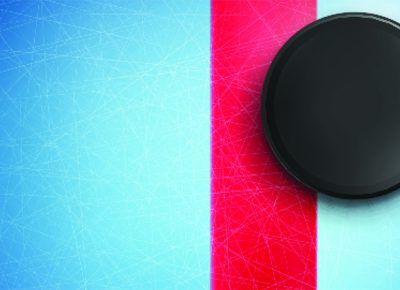 Women’s ice hockey will be added as Worcester State’s 21st varsity sport, and will begin competition in the 2021-2022 academic year. The team will play its home games in downtown Worcester at the . . .