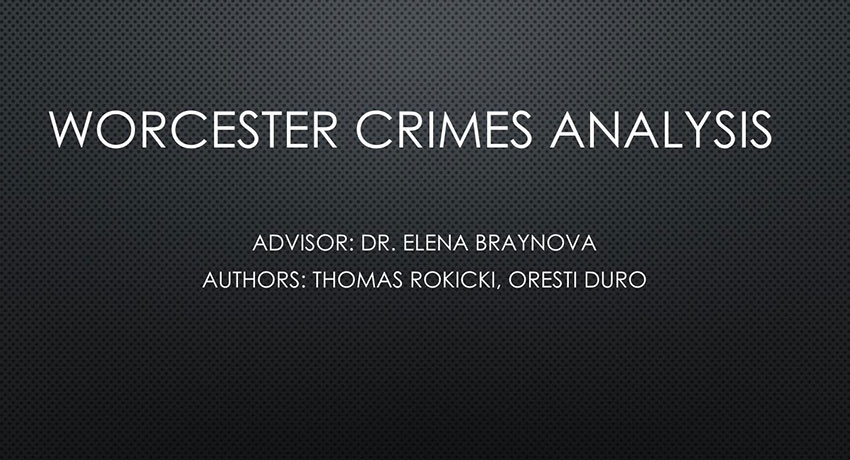 Undeterred by Remote Learning, Students Display Research and Creativity in a Virtual Format

Despite the disruption caused by remote learning, students from different disciplines and levels of study continued to work on research and creative projects throughout the spring semester, and the fruits of their labor have been compiled into a virtual Celebration of Scholarship and Creativity. Student presentations from various departments, which in the past would have been on display at the Wellness Center, now can be viewed on a dedicated website.

“We are enormously proud of the opportunities our undergraduate and graduate students have to embrace active learning locally, nationally, and internationally in concert with outstanding faculty mentors who are exceptional leaders in their fields,” says Provost Lois Wims, Ph.D. “We are further elated that, despite the COVID-19 crisis, Worcester State University has been able to hold the Celebration in an exciting virtual format.”

In one project, Oresti Duro and Thomas Rokicki used what they have learned about computer science to analyze crime data in Worcester, under the guidance of their advisor, Professor Elena Braynova, Ph.D. For their project titled “Worcester Crimes Analysis,” they used data obtained from Worcester’s Records Access Officer to determine when and where crimes happen most frequently in the city

The students decided to work together after having similar ideas. Duro initially was looking at a crime dataset from Chicago, before he realized Rokicki had obtained a Worcester dataset, Duro says.

“I was really striving to map crime incidents and try predicting where and when crime may happen based on many datasets. Some programs exist at an enterprise level for police stations. My hope was to create something open source and cheap for any department to use,” Rokicki says. “I ultimately did not have the available time to even try taking on that whole idea.”

In their presentation, Duro and Rokicki concluded that “our city will be safer in the years to come,” using an algorithm that analyzes the trend in past data to predict the future data.

“It would be great to move forward with a tool to predict the likelihood of certain crimes based on many different forms of data—weather, past incidents, population density, public events, emergency crisis (like COVID), and more,” Rockicki says. “The more types of data involved, the more accurate I believe it can be.”

“[This research] would be useful to the police department or to the city council,” Duro says. “In this way they can take more measures in keeping these locations safer.”

In another project, occupational therapy graduate student Cora Marica conducted research on parents with disabilities, speaking to six parents with physical disabilities about their experiences as parents.

“I got the idea for my research since my uncle has Parkinson’s disease and I am interested in working in pediatrics in the near future,” she says.

Marica’s research revealed that, despite their disability, parents “generally feel accepted and supported by society and have the necessary supports in place to be successful parents,” she wrote in her poster.

“I was shocked by the results of my research actually,” Marica says. “I was expecting parents to report that they had felt really stigmatized by their physical disability. I was pleasantly surprised to find that the parents in my research felt incredibly supported by their communities.”

“I believe that my research here shows that adults of all abilities should not be discouraged from starting families or working hard for things that people tell them they cannot or will not ever be able to do,” Marica says.

These presentations, as well as those by other students, can be viewed on the Celebration of Scholarship and Creativity website [https://worcester.swivle.cloud/] until June 6 using the password worcester20. 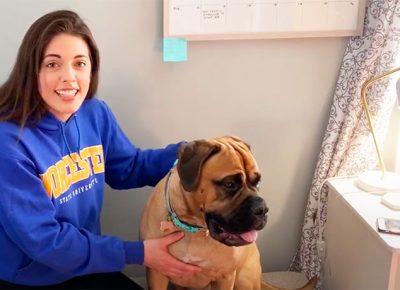 Worcester State students were tasked with keeping themselves organized and occupied when the national COVID-19 outbreak necessitated the closing of campus in March. Moving from a mostly on-campus . . .