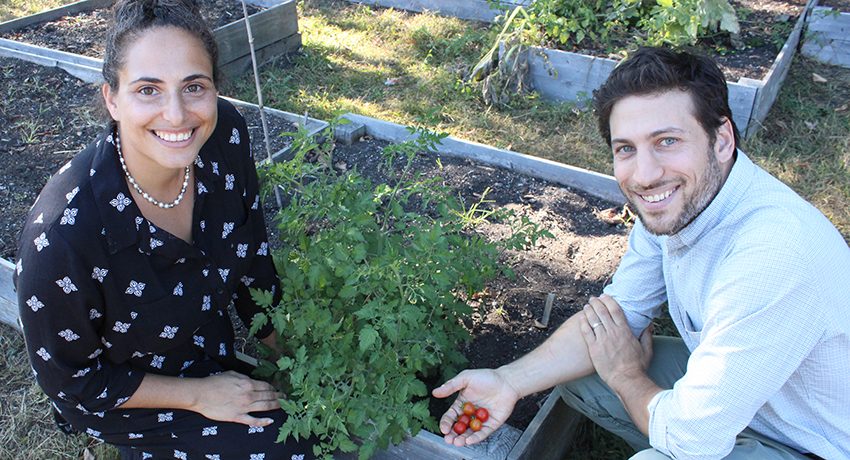 Haven’t heard of the Urban Action Institute yet? The name may be new but the initiative has deep roots on campus. It was known as the Intergenerational Urban Institute and was founded by Professor Emerita Maureen Power.

Following Power’s retirement in 2016, the institute’s new director, Assistant Professor of Urban Studies Adam Saltsman, Ph.D, and staff assistant Joanne Jaber Gauvin, wanted to build on the good work the IUI had become known for over the course of 40-plus years and open up new vistas as well. They felt a name change would more accurately reflect that expanded vision.

A main function of the IUI had been to engage older students by putting their life and professional skills to use, Saltsman said. There are a lot of elder students on campus because Massachusetts residents over the age of 60 can take classes tuition free. “It was really focused on service and action, and engaging the elder-student community,” he said.

The name change and new focus areas are meant, in part, to be inclusive of traditional students, according to Thomas Conroy, Ph.D., an associate professor of urban studies and chair of the department, of which the Urban Action Institute is an integral part. The previous name, he said, captured “only the intergenerational piece, which is something we will absolutely continue.

But we also wanted to broaden it out to be intercultural and multi-dimensional and make sure the focus is on action.”

The shift wasn’t made lightly. “This is not something that we woke up one morning and decided to do,” Conroy said. “It was a couple years’ worth of trying to re-envision what the IUI could be, looking more into the 21st Century. It’s the result of a lot of strategic planning done internally within the department and then vetted through the University.”

The result of all that careful planning will be a new direction that nevertheless remains a fitting tribute to the institute’s founder, Conroy said. “We see it as a continued legacy for Dr. Power,” he said.

Saltsman and Gauvin recently discussed their plans for the institute.

Q: What was the role of the Intergenerational Urban Institute?

A: (Gauvin) It was really working with the older students and traditional age students together in making change happen in the community… Some of the things that came out of it were the Empty Bowl event that we still run, which is a huge fundraiser for different food pantries (held in November, usually). Then there was a big celebration in April called Celebration of Service.

(Saltsman) And they created the community garden (located beside Chandler Elementary School). This is an example of intergenerational collaboration so students of all ages have worked for a number of years to make this garden a space of learning and creativity for folks from the university and from the community as well.

Q: It all sounds good. So why the need for change?

A: (Saltsman) When we came in, we looked at what had been done and were really impressed with the wide range of activities, and we felt that we wanted to be part of an institute that can reach a more diverse group of students and community members.

Q: How does the name change reflect that?

A: (Saltsman) Intergenerational is one of our focus areas, but by calling ourselves the Urban Action Institute, we show that we are working on a number of different issues found in urban spaces and that we are committed to finding action-oriented learning opportunities for Worcester State students. So urban action translates to community partnerships where we create student development opportunities.

Q: Can you give me some examples?

Q: How does that happen?

A: (Gauvin) A number of things. You have a population that is first generation coming in that is higher than normal, and you also have tuition that’s going up, so a lot of students are just kind of using their money to pay for books, and then the last need is their food. They’re really living the American Dream of going to college and being successful in that way, and the one thing they’re sacrificing in that journey is food. It’s not just Worcester State. This is happening all over the country among college students and graduate students.

Q: So you have a program that helps the students sign up for SNAP (the government’s Supplemental Nutrition Assistance Program)?

A: (Saltsman) Moving forward with the Urban Action Institute, rolling out this year and the next couple years, one of the key programs will be a food justice program and that includes the Hunger Outreach Team and, in some ways, the garden as well, which produces fresh and healthy food. It also includes collaborating on events like Voices of Hunger, a conference that will be held here in May.

So, our focus is on how to bridge community and campus for social justice and social change. Another key program that we’re starting to implement is immigrants’ justice, advocacy for immigrants and refugees, to raise awareness on campus that we need to be a welcoming place and Worcester needs to be a welcoming place. The University and the city have made a lot of efforts to be welcoming places so we see our work as extending that into community-engaged, student-engaged learning opportunities. 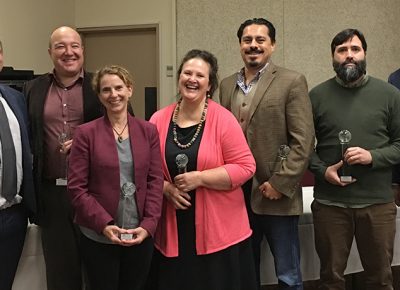 Students Reflect on Trips to Spanish-Speaking and Latin Countries

“The trip made me a global citizen,” said Frankie Franco, a junior education major, of his 10-day, faculty-led experience in Cuba. Franco’s take-away was echoed by everyone who spoke about the . . .