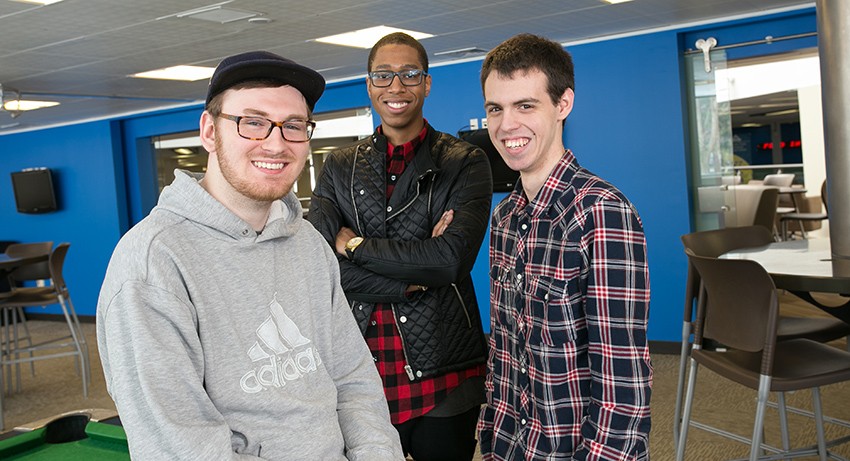 The gaming world operates in its own dimension using its own rules, one where influential YouTube reviewers can make or break aspiring game developers’ dreams, and success means attracting the attention of other gamers who think your idea is cool enough for future development.

Figuring out how to create and bring a new product to the $90-billion gaming market was the goal of Worcester State University business student Tony Breen ’15 and his friends Anish Dhesikan, Dustin Hardy, and Tyler Murphy. What started as a resume-building summer project may turn into a money-making success based on the enthusiastic reaction to their prototype, which recently received approval from the gaming community Steam.

The game, called Retrograde for now, involves players solving puzzles within the mind of amnesia patients to help them remember their past. Based on the well-established game Portal, considered the industry standard for the genre, Retrograde is familiar enough for gamers to understand the basic concept, but different enough to keep the attention of Portal lovers.

“This game is a compilation of a lot things we liked in other games,” says Breen, the project’s marketing expert. “The hardest part was the story. Scripting was tough, but we got help from another friend. Because it is based on an established game in the genre, people know what to expect. But when people play it, they realize it is pretty different.”

Dhesikan, who attends Northeastern University and has known Breen since fourth grade, is the coder; Hardy, of UMass Amherst, is the puzzle maker; Murphy, of Southern New Hampshire University, is the social media expert. They worked under the mentorship of Dhesikan’s older brother, Ajay, who is also their financial backer. As they needed help, they recruited other friends, including fellow WSU students Derek Canton ’15, a business major who is the voice-over talent, and Matt Pinault ‘15, a communication major who worked on the sound effects.

“It’s all about the team you assemble,” Breen says. “Some days, Anish and I would work 12 hours straight when we were first creating the game, so it was important that the team was willing to work hard.”

The founders are all experienced gamers who have been on the other side of the controller in the past, playing games and acting as reviewers. For the uninitiated, Steam is an online gaming community where enthusiasts can buy just-developed games, chat with like-minded gamers, and influence future game development by voting and giving feedback. If members of Steam give enough votes of approval for a prototype, Steam may select it for future distribution—the golden ticket for game development.

When Breen’s team posted the Retrograde prototype, it took just eight days for it to receive the critical number of votes to be “green lit.” Once they put the finishing touches on Retrograde, it will be posted on the Steam website for gamers to purchase.

The process also was important for getting end-user feedback, as testers can tell them what they like and dislike about the game. One key change that came out of that feedback will be a new name—apparently another game on Steam is already called Retrograde.

Breen says he called upon his marketing knowledge at the very beginning of the development process, which was important to its success.

“The one thing I learned in this experience was how to keep the customer in mind when creating products. You must develop things in the way a consumer would approve of when it finally comes to the market,” says Breen. “What the product looks and feels like is important.”

Now that the project is approved for distribution on Steam, the team has as long as they want to improve the graphics, add features and sort out any bugs. He’s hoping that might happen as early as the end of the summer. Even if they don’t make any money off the game, Breen said the project did give them valuable real-world experience on game development and marketing.

“It’s one thing to hear about it in a lecture. It’s another when you are going through every little detail,” he says. 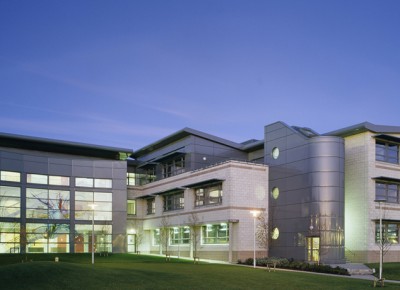 The Worcester Regional Chamber of Commerce and Worcester State University recently announced an international academic exchange program for WSU nursing students in an effort to promote the city’s . . .