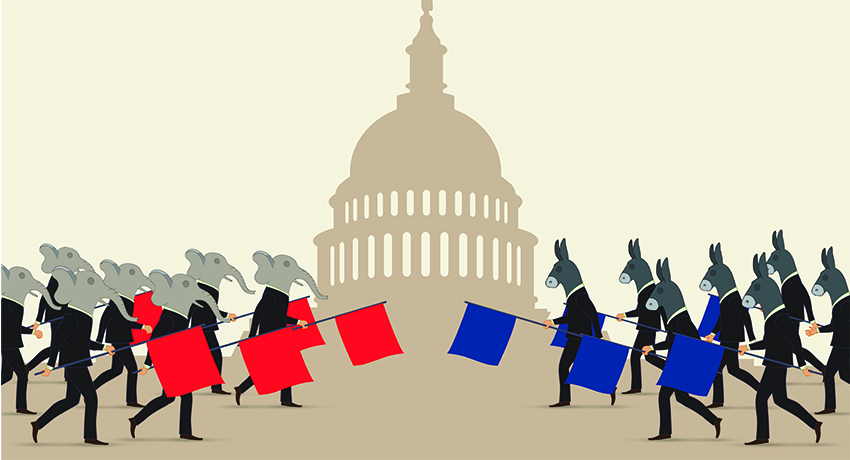 Despite a change to a virtual format, Democracy Café events continue this fall, as political discussions take on greater urgency. Bryant Sculos, Ph.D., visiting assistant professor of global politics and political theory, will discuss the origins and impact of racial justice protests in the next Democracy Café event from 2:30 to 3:15 p.m., Tuesday, Oct. 6, over Zoom.

A Zoom chat is planned for the vice-presidential debate, from 8:45 to 10:45 p.m. on Wednesday, Oct. 7, moderated by Anthony Dell’Aera, Ph.D., assistant professor of political science and Mark Wagner, Ph.D, director of the Binienda Center for Civic Engagement. [https://worcester.zoom.us/meeting/register/tJEoceCsrjMiHtCP2KuUArbEezvGnyhCDiTB]

Democracy Café are a series of non-partisan discussions aimed at informing the Worcester State community about issues relevant to the election as well as political issues at home and abroad.

“Ordinarily, these kinds of conversations happen on campus in various venues all the time, so these virtual events are an attempt to bring some of that element back to the community while dealing with the temporary reality of distance learning,” says Dell’Aera. “They are meant to be safe spaces for people of all political stripes and learning styles, and provide the opportunity to bring together a diverse group from across all parts of the campus community so that we can all learn from each other.”

Sculos’ research and teaching expertise includes contemporary social and political movements, and political economy with specific interest in globalization, universal basic income, and theories of post-capitalism, all of which relate to and often underlie the racial justice issues of the recent protests.

The first Democracy Cafe event was a livestream chat during the first presidential debate., which brought out many comments about its now-infamous fractiousness, with Democratic nominee Joseph R. Biden and President Trump at often at loud-voiced loggerheads.

“It reminds me of my two grandfathers arguing at a family gathering,” one student commented. The relentlessly contentious debate inspired some strong reactions. “Turn off the bully’s microphone,” a student wrote in the chat box as Trump continuously tried to cut Biden off. “I had to walk away from this. It’s too much,” another said.

Some comments were instant reactions to what was said, some were attempts at fact-checking, some provided analytical takes on the content of the candidates’ responses, and others discussed the optics and tone.

“After the debate concluded, for those hearty souls who remained, we engaged in a wonderful conversation about what we had just witnessed and then considered its ramifications on the election and the country going forward,” Dell’Aera said, in an email recapping the event. Overall, students were energized by the debate and enjoyed the opportunity to watch it and discuss it informally with other interested members of the campus community, he said.

The Democracy Café events that involve watching television debates and election results are called Pizza & Politics. The presidential debate was the first time this was attempted virtually.

“We would ordinarily gather at the Student Center during the evening, share some pizzas, and discuss things in real time through the night,” Dell’Aera says. “I thought recreating that experience in a virtual environment would be difficult and did not know what to expect, but except for the lack of pizza, it went extremely well.”

Dell’Aera says his plan is to host Livestream chats for all of the other presidential debates this election season. “If any of the remaining debates are cancelled, which appears to be a real possibility given President Trump’s COVID-19 diagnosis, we will instead meet for a Virtual Pizza & Politics session featuring a more open-ended format regarding politics, policies, and issues of the day,” he says.

For more information, and to pre-register, which is required, please contact Dell’Aera at adellaera@worcester.edu. 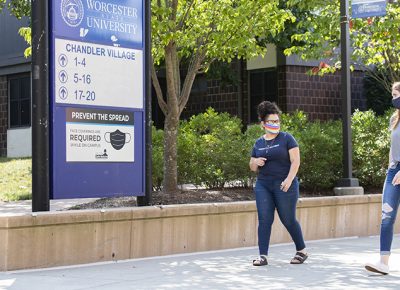 Despite the numerous complications of living in world impacted by COVID-19, returning students continued their educational journey at Worcester State at a slightly higher rate this fall than in 2019. . . .