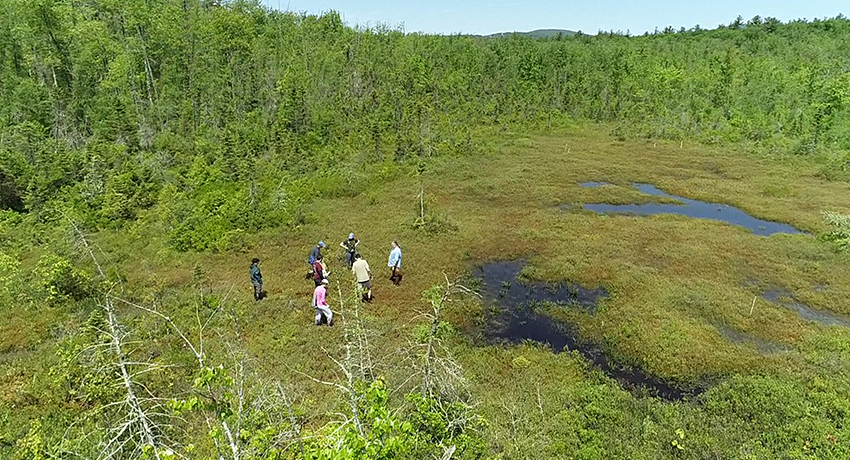 Question: How long does it take to complete a field trip to three different forests, located miles apart, so students can see the woods at different stages of growth?

Answer: Just one afternoon, thanks to an interdisciplinary research project that has received support from the Aisiku STEM Center.

The project is looking into ways to use augmented reality to allow students to experience field work without leaving the classroom, or as preparation in advance of a field trip. The project is a collaborative one: Professor William Hansen, Ph.D., a geographer and chair of the Earth Environment and Physics (EEP) Department is working with Professor Steven Oliver, Ph.D.,  chair of the Biology Department, and Assistant Professor Nabin Malakar, Ph.D., of EEP, a physicist who is developing remote sensing-based visualizations on temperature and land cover.

A grant from the Aisiku STEM Center is assisting the professors and five students to bring a realistic sense of field work into the classroom. The grant allowed the team to buy three virtual reality headsets, a 3D printer, a graphics PC for processing video, and software to stitch images together for a panoramic effect. It also funded summer work on the project by students, staff, and faculty.

One of the student researchers, Faye Rhault ’20, explained the intent of the project this way: “Using drone, V.R., and editing technology, our goal of the project was to create an immersive virtual reality experience in which students would be able to visualize the different landscapes throughout Massachusetts, with activities and learning objectives that would help them reach that goal.”

The research also aims to allow all students to virtually experience field work to get a sense of what they will encounter in an upcoming field trip before they head out.

“We’ve used it in one class so far, before I took the class canoeing,” Hansen says. “A lot of times when you take students out in the field it’s just such a different experience (from the classroom) that they’re sort of wandering all over the place and not really focusing on what we want them to do and observe. So, we’re hoping that in addition to facilitating people who absolutely cannot get out to the field, this will help make fields trips more efficient because you can look at the site before you go there.”

EEP also has a drone which is used to film field-trip locations to give students a broader perspective of areas they visit. “You get a sense of the whole site rather than just whatever corner of it you happen to be standing in,” Hansen says. “Over the summer we went to places where we’ve been doing field activities with students and we took a lot of imagery of the various areas.”

Among work that remains in the project is processing the imagery, putting it into a structured package, and linking it up with curriculum. Students could then get their bearings when they arrive at a field-work site by viewing the aerial footage using a special device or an app on their phones.

One of EEP’s ongoing projects is a long-term study of reforestation in Massachusetts after widespread forest clearing in the 19th and early 20th centuries turned much of the state into pastures and fields. Student involvement in the project includes visits to forests at various stages of growth, from recently reforested areas to old growth stands. Some of the imagery has been shot at property in Boylston, which is a former farm where EEP students regularly do field work.

“One of the things we want to do is look at different forested areas in different stages of succession,” Hansen says. “The early, growing-back agricultural fields and the more mature forests. The Hillside Open Space property we visit in Boylston has a couple of conifer forests there so we’ve been looking at the difference between conifer areas and deciduous trees. There’s a lot less ground cover in conifers, so the idea is students would be looking through these headsets and then observing and comparing things.”

The virtual-reality technology research the Aisiku grant is supporting helps students participate more efficiently in the reforestation study because it would be virtually impossible to take students to a new successional site plus a mid-level forest, a conifer forest and then an old growth area.

“But if we can focus on a certain aspect of it in our field activity, and then look at the headsets and compare it to what they observed in the other sites and analyze it—like which had more saplings growing in it, which had more ground cover?—they could make observations comparing a broad array of areas that might take a weekend trip to see at different sites, but we could do it within the span of an hour or so,” Hansen says.

Rhault says working on the project has been an excellent learning experience for the student researchers. “We are trying to create a way for everyone to find their niche in the sciences and be able to explore the world in their own way,” she says. “While trying to do so, we have learned to use different software, interacted with other dedicated individuals in the sciences, and thought more broadly about the interaction between people and nature.” 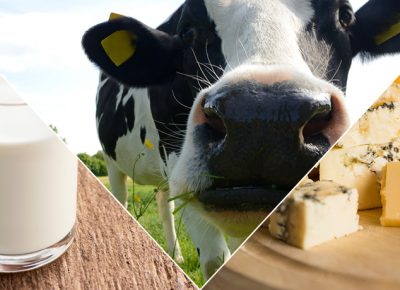 A team including Worcester State was awarded a Henry P. Kendall Foundation New England Food Vision Prize, an effort to encourage college and university campuses in the region to improve the health, . . .