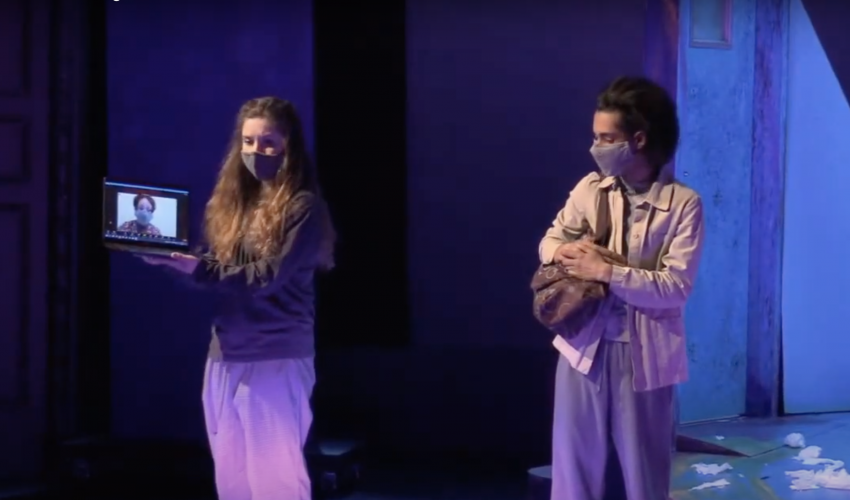 As part of the regional event, “Dancing with Demons” screened on the final evening of the five-day festival. Immediately following the online presentation, a panel of festival judges presented a response to what they experienced during the viewing.

The students debuted “Dancing with Demons” on April 29, 2021 with a live performance on WSU’s Fuller Theater stage for an online audience through video projection.

Devised by faculty, staff, and students, the interdisciplinary production draws from Worcester State’s archive of COVID19-related materials to tell a tale of heroism, danger, and resurrection. “Dancing with Demons” is a CitySpeak production, an innovative collaboration between VPA and the Urban Studies departments that aims to provide Worcester’s diverse populations with a channel of expression through arts- and research-based urban planning and community development. Through use of real-life interviews and oral histories gathered by the Urban Studies Department, including students of Urban Studies Associate Professor Thomas Conroy, “Dancing with Demons” took – and continues to take – online viewers on a journey to the mythic, kaleidoscopic world of COVID19 demons to find an elixir to heal the fractured world.

“The KCACTF showcase is a testament to the exceptional work of the Worcester State students, faculty, and staff who devised the emotional, innovative play and provided some much-needed humor to online audiences,” said Theatre Professor and Production Director Adam Zahler. “KCACTF’s decision to showcase the production is a wonderful, unprecedented invitation for Worcester State and our department. In the words collected by students and faculty of the Urban Studies Department, we can see the fears and losses we all have experienced through the COVID19 pandemic, but also the grace, determination, and courage that makes this a time of everyday heroes.”

The Festival also recognized the outstanding work of several students of Worcester State Theatre’s recent Fall 2021 production, “Picasso at the Lapin Agile,” the rollicking, absurdist comedy by Steve Martin that facilitated Worcester State students’ return to performing for live audiences at the university in November 2021.

“VPA at Worcester State extends heartfelt thanks to KCACTF for regularly delivering on its mission to support theatre students as they develop their skills and gain memorable experiences,” says O’Connell, who is also a Professor of Theatre and Interdisciplinary Arts. “At Worcester State, we’re committed to offering our students a variety of lab-based, experiential learning opportunities across our visual and performing arts programs. For our Theatre Program, the festival marked a meaningful and exciting time to recognize the important work of those both on and behind our Fuller Theater stage. Congratulations and thanks to all of the designers, cast and crew members of ‘Dancing with Demons’ and ‘Picasso at the Lapin Agile.'” 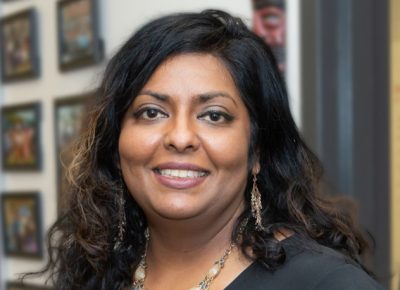 Q & A with New Director of Multicultural Affairs Laxmi Bissoondial

Laxmi Bissoondial was just a teenager when she became involved with the Worcester State University Office of Multicultural Affairs. The mentoring and academic support she received at OMA as a young . . .