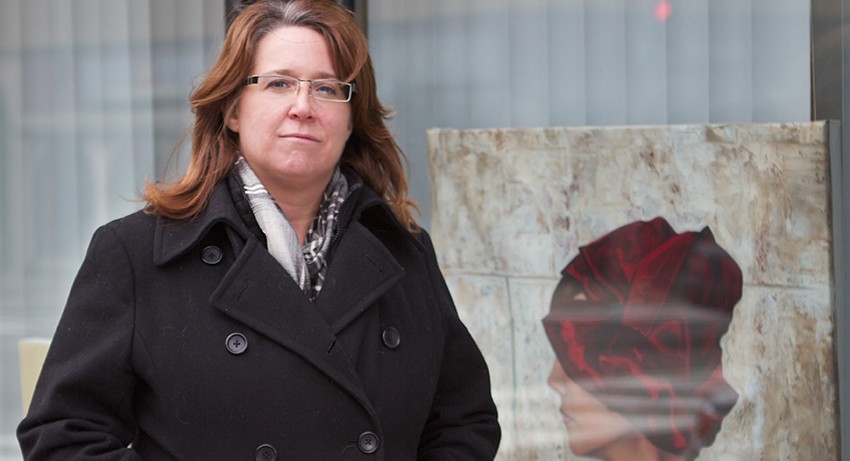 Visual and Performing Arts student Karen Finnegan is serving as curator of Worcester Windows this year.

The project, in partnership with the Worcester Cultural Coalition and the Greater Worcester Community Foundation, is a community gallery program which uses storefronts throughout downtown as exhibition space.  The exhibit is expected to run from December 2010 through March, 2011. This is the first time a WSU student has curated the project.

Finnegan was approached by Assistant Professor of Art History and Gallery Director Catherine Wilcox-Titus last summer about working on the project. In addition to her studies in the VPA major, Finnegan also brought years of business experience to the project.

“The nature of curating this project requires outreach to the business community,” said Finnegan. In addition she oversaw the call to artists to attract submissions which resulted in an exhibition of work from seven artists in watercolors, oil on canvas, photography, Chinese Brush Painting, and Raku clay and glaze.

After pursuing a degree in political science in the 1990s, she had a successful business career in technical recruitment for software companies before enrolling at Worcester State to pursue her true love: art.

“I won all the art contests in elementary school and middle school,” said Finnegan. But when she was choosing a major in college, she listened to advice from friends and family to pursue something safer.  “Everyone told me, ‘Art is a nice hobby, but you can’t make any money at it.’”

On a summer vacation to Cape Cod a few years ago, she was inspired by all of the art galleries and decided to “dig out my old watercolor supplies, buy new supplies and start painting again,” said Finnegan.  “After completing about seven paintings, I realized I was color challenged and decided to take art classes at the Worcester Art Museum. Then I became hungry for more.”

She heard about WSU’s newly launched VPA major and enrolled. She expects to graduate in December 2011 and would like to pursue her MFA and possibly pursue a career as an art teacher. 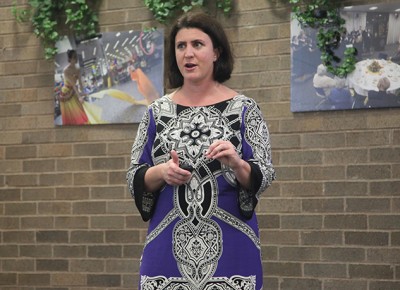