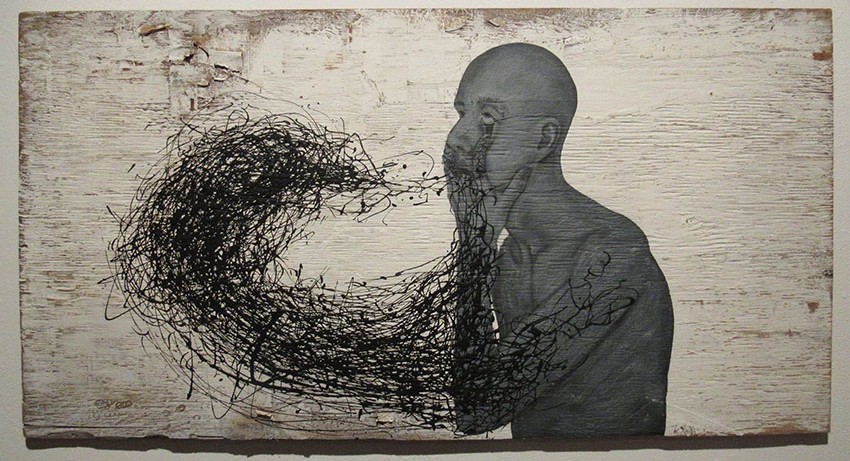 For the first time ever, two Worcester State University students had a show at The Sprinkler Factory, a community gallery in Worcester. Justin Sliwoski ’15 and Kristine MacBrian ’18 (Visual and Performing Arts) recently completed their first two-person exhibition of their artwork at the gallery. “The Marvelous Dissection of [hu]Man” was the result of their initiative in making a proposal to the director of that gallery and its acceptance for exhibition. They had a year to produce the work. The Sprinkler Factory director saw their work in the 2015 Senior Thesis Show at the Mary Cosgrove Dolphin Gallery and asked them to submit.

“By getting their work accepted into this gallery, Kristine and Justin have taken a major step in their development as artists,” says VPA Professor Catherine Wilcox-Titus. “We do our best to nurture their talent, but then they have to stay motivated, continue to produce work, and get their art into local and regional galleries such as The Sprinkler Factory.”

For this exhibition, Kristine and Justin used their own bodies, and especially their faces, as the means to investigate their own identities in an age of gender fluidity and pervasive uncertainties. They combined their talents in one collaborative sculpture cast from their own bodies.

In their separate work, Justin painted a series of self-portraits in tones of black, white, and gray—including Parasite pictured above. Kristine’s work consisted of photographic self-portraits in which she used make-up and props to pose as male and female—including the image below.

The exhibition came together with Wilcox-Titus’ assistance. 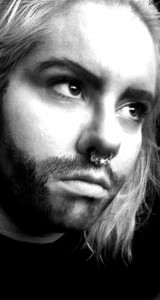 An image from the Gender Performativity Series by Kristine MacBrian 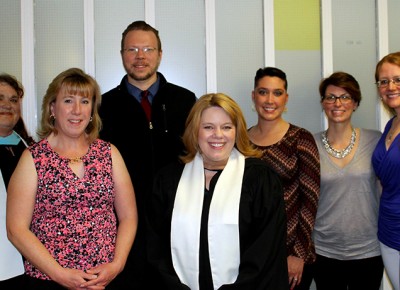 Twenty-four students were inducted into Worcester State University’s chapter of Alpha Sigma Lambda, the national honor society for adult learners, at a ceremony on Friday, April 22. The 2016 . . .