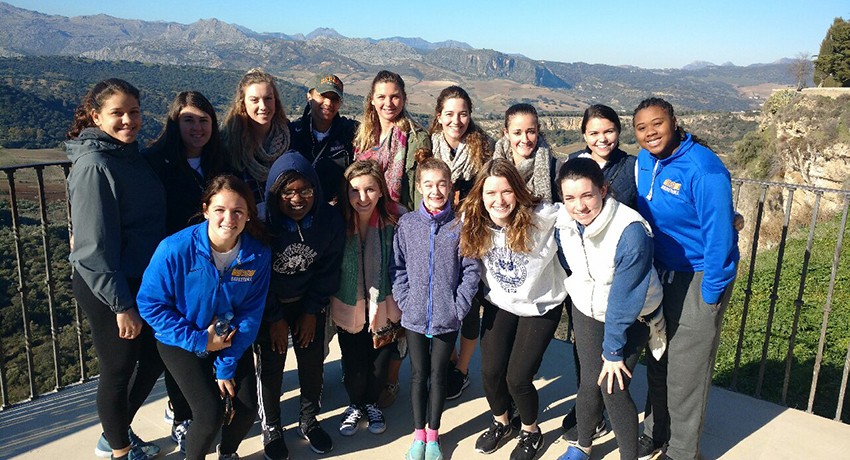 Departing shortly after Christmas, the group of 35—including players, coaches, families, alumni, and WSU faculty and staff (current and retired)—arrived in Madrid and immediately departed for the warmth of southern Spain.

The team toured the city of Sevilla and played its first game against a fast and physical Club Nautico Sevilla, losing 76-63. Prior to the game, they held a basketball clinic at the Club Nautico facility for local youth.

The travel party then took a train to Cadiz, a town on the coast of Spain, where the team played their second game against an even higher level opponent in the Cadiz CB Gades Club. Despite losing 65-41 to Cadiz, Head Coach Karen Tessmer was pleased with the tough competition and the resiliency of the Lancers, and everyone loved the incredibly loud and active crowd that filled the small stadium.

The remainder of the trip included time spent on the beach, a traditional Flamenco Dance show, and a memorable day trip to Ronda with its centuries old bridges and amazing cliff and mountainous views. 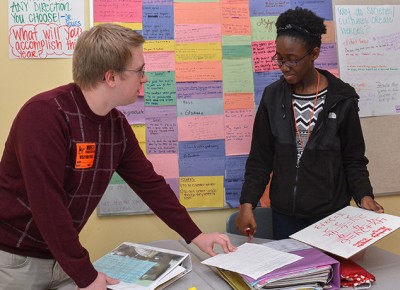 The most important part of Associate Professor Caroline Chiccarelli’s Diversity and Multiculturalism in the Classroom course may be requiring students to spend time serving as tutors in some of . . .