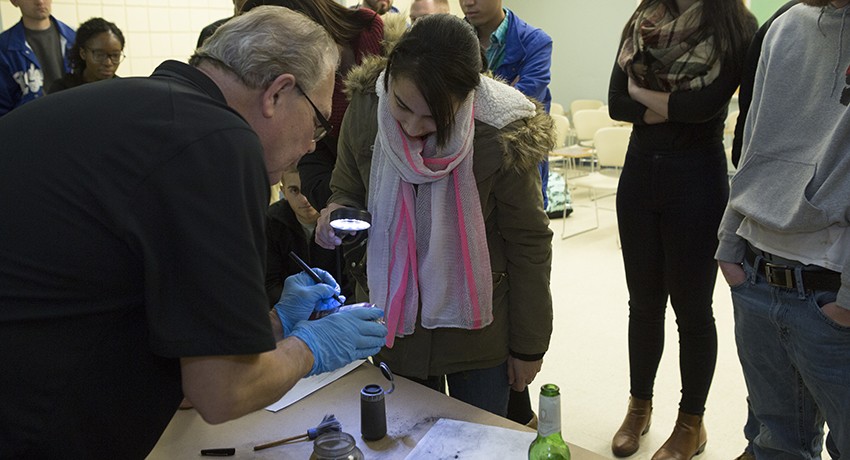 Students in Worcester State University’s criminal justice program visited a crime scene on campus recently—but fortunately it was staged, not real. The Worcester Police Department Crime Scene Unit traveled to campus to talk about investigation procedures, handling evidence, and causes of death, and provided demonstrations of some of the most current techniques used for evidence analysis.

“We’re condensing days of training into two hours,” he said.

Grady sped through the talk, using real not-for-the-faint-of-heart examples of crime scenes that his CSU team had worked on to show how the techniques were used in the real world. The importance of paying attention to details, he said, is crucial in determining causes of death and preserving all pertinent evidence, which could make or break a criminal case.

“When we go to a crime scene, I’m the only one allowed to talk to the detective bureau because I don’t want my team to be influenced by what other people, like the witnesses, are saying,” he said. “The evidence will speak for itself, and then hopefully the evidence will match what the witnesses say. Do not get caught up in ‘he said, she said.’ ”

As Grady showed, there are a number of clues to look for at crime scenes in order to create a complete picture of how the events unfolded. While crime scene investigators are allotted as much time as needed, they have to work quickly and carefully in order to preserve crucial evidence. Determining factors such as lividity (blood pooling due to gravity), estimated time of death (rather than temperature; Grady uses the period between the time the victim was last in contact or seen, and the time the body was found), witness statements, and the victim’s reputation, which Grady admitted was controversial but useful.

“You don’t really want to pre-judge someone until you’re done processing a scene,” he added.

After the lecture, students were split into two groups for hands-on demonstrations of fluid testing, prints, and footwear impressions.

Grady headed the footwear impressions and prints station, showing students how to prepare the casting liquid using water, and how to spread the material over the footprint without damaging the impression. Grady’s team also demonstrated a more recent method used for footprints that involves an aluminum sheet backed with black mylar that, when an electric current is applied, captures the footprint on the mylar side of the sheet via static electricity.

Grady stressed that the CSU’s tools were constantly being examined for accuracy and defects, even down to their rulers.

“Every month, our cameras and rulers are inspected,” he said. “If the cameras are even slightly scratched or the rulers are off by a hair, we have to get new ones.”

Next door, crime lab technicians showed how to test fluid samples, such as blood and semen, as well as how to use alternative light sources to search for evidence not readily visible to the naked eye—a technique made famous by the popular television show CSI.

“It’s almost like a magic trick,” said one of the lab technicians, who pointed out the numerous color changes of the fluid tests.

Associate Professor of Criminal Justice Stephen Morreale, Ph.D., helped to organize the WPD visit, and the special class was moved into a larger lecture room so that all criminal justice classes could attend. 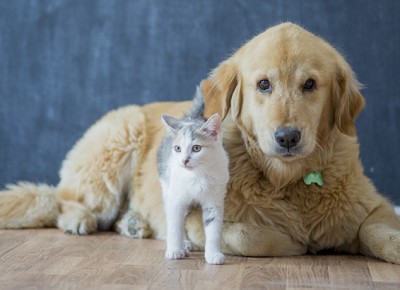 Whether it is the current trend in start-up companies or fostering the entrepreneurial spirit on campus, Worcester State University has seen an increasing number of small business successes from . . .