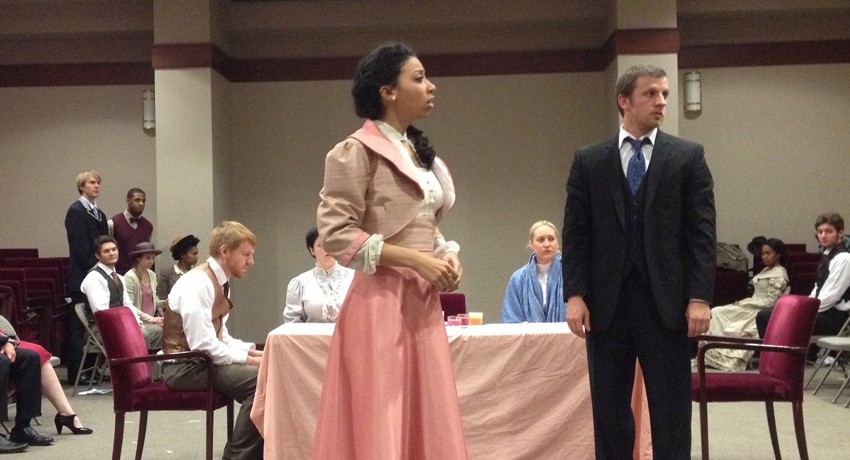 Finding a job after school can be tough, but one Worcester State University graduate has found three in one.

Bethany Eddy graduated in 2012 with a degree in Visual and Performing Arts, and has been working on the American Repertory Theatre’s production of three one-act Thornton Wilder plays.

As the costume designer, Eddy is responsible for constructing, fitting, and budgeting all of the outfits. Making costumes for three one-act plays instead of one full-length play, however, comes with a unique set of challenges. It means almost triple the workload.

“I was responsible for designing 42 costumes in 22 days,” Eddy says. “I worked for ten hours a day.”

Eddy was also responsible for a good amount of research. The plays—which include “The Happy Journey to Trenton and Camden,” “The Long Christmas Dinner,” and “Pullman Car Hiawatha”— are distinct. They portray America in the Civil War and in the 1940s.

Despite the challenges, Eddy speaks fondly of the experience. She cites the good relationship she had with the director and actors as the reason why.

“It was a real positive introduction to a good professional theatre company,” she says.

Eddy was able to see the fruits of her labor on Friday, February 1 when director Anya Saffir and the 16 student actors put on two preview performances for ART faculty and staff. In March, they will be heading to Moscow for a three-month run of performances.

“I have a great deal of respect for the actors,” she says. “Each play is so different, and they transition between each one so well.”

Eddy has experience with the stage. In her last semester at WSU, she helped with a production of “Peggy the Pint-Sized Pirate,” which a Theatre for Young Audiences class put on for the students at May Street School.

For Eddy, though, hands-on experiences like this would be nothing without the valuable advice she received from her professors and advisors.

“They helped me decide on some realistic expectations for my life after school,” says Eddy, who lists Susan Johnson-Hood and Stacey Parker as two of her most important mentors.

Eddy ultimately hopes to open a small design, alteration, and costume-rental business. She has an online portfolio, and is currently building her own website. She encourages WSU students to do the same.

“Get your name out there to as many places as possible,” she says.

Written by Joe Gullekson ’13, an English major at WSU

About the Photo: A February 1 preview performance in Cambridge; submitted by Bethany Eddy 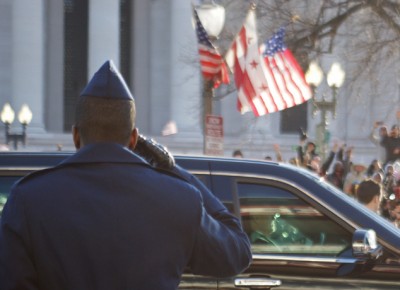 Fifty-three Worcester State University students, faculty and staff were among the 800,000 to 1 million people who gathered on and around the National Mall to witness the second inauguration of . . .