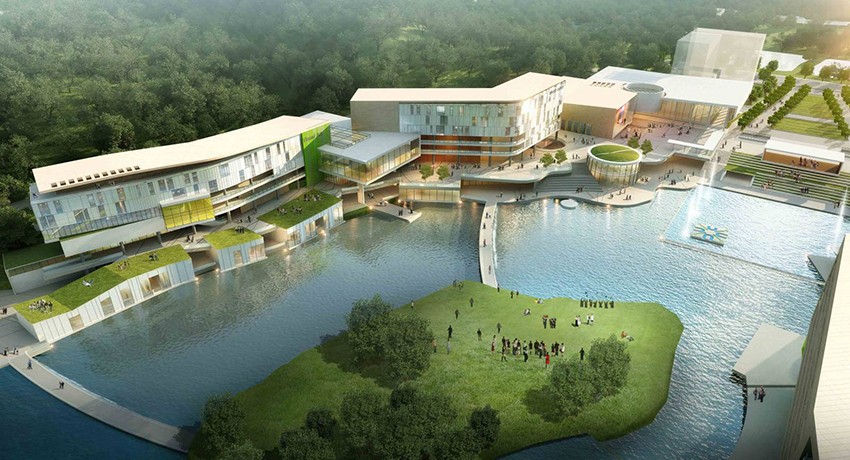 Worcester State University President Barry M. Maloney is pleased to announce that the University has entered into a new international student exchange agreement with United International College (UIC) in Zhuhai, China. The agreement provides for the reciprocal flow of undergraduate students between Worcester State and UIC, with each campus’s students paying their tuition and fees to their home institution. President Maloney and UIC’s president, Professor C.F. Ng, also signed a memorandum of understanding with the intention of exploring other collaborative activities.

“This is a strong addition to our set of international exchange relationships,” said President Maloney, “and provides a further opportunity for our students to take advantage of a study-away opportunity during their time with Worcester State.”  The agreement with UIC marks the second new Chinese institutional affiliation signed by President Maloney; the other—with the boarding school Guangdong Country Garden School signed last spring—provides a framework for professional development for K-12 teachers at from the school at WSU. Thirty-one teachers spent three weeks on the Worcester campus last summer and a similar number are expected this year.

Worcester State’s new exchange program will provide overseas study opportunities for students in key STEM fields, including environmental science; traditional humanities and social sciences, including international relations; and in business, including finance. The UIC curriculum—except for its Chinese language and cultural history courses—is taught in English by well-regarded faculty from around the globe. Though most of the academic program is taught in English, the majority of UIC students are Chinese and have gained admission to the institution through the traditional Chinese college entrance exam process.

“What makes the UIC experience accessible to our students is both its language of instruction and its design as a traditional Western liberal arts curriculum—something that makes this institution particularly unique in the Chinese context,” stated Katey Palumbo, interim director of WSU’s international programs office. “It’s a beautiful, compact, new campus—with good housing and a dining commons our students will recognize and enjoy.”

WSU representatives twice visited UIC over the past two academic years, with Ms. Palumbo getting a tour and briefing from a UIC faculty member and international relations staff in October 2011, and Dr. Linda Larrivee, chair of the WSU Department of Communication Science and Disorders, visiting with UIC President Ng and senior administrators in November last year.

UIC was formed through a collaborative educational partnership between one of China’s best known universities, Beijing Normal University, and one of Hong Kong’s most elite public universities, Hong Kong Baptist University. Much of the curriculum was adopted from HKBU. Enrolling its first class in 2005, UIC has a student population of 4,400—making it similar in size to Worcester State.

Situated in Zhuhai, UIC is conveniently located in Guangdong Province in southern China. It is an easy 75-minute. high-speed ferry ride from Hong Kong on the west side of the Pearl River delta area—where the climate is similar to southern Florida. Guangdong’s provincial center is Guangzhou, a historic Chinese city famous for its long history as the primary port of call to the world, and serves as the nearest gateway to the rest of China. Rail service from Zhuhai to Guangzhou takes under an hour.

Worcester State University has been granted renewed accreditation with a two-year look back in 2015 on two of the 11 standards for accreditation: strategic planning and continued assessment of . . .