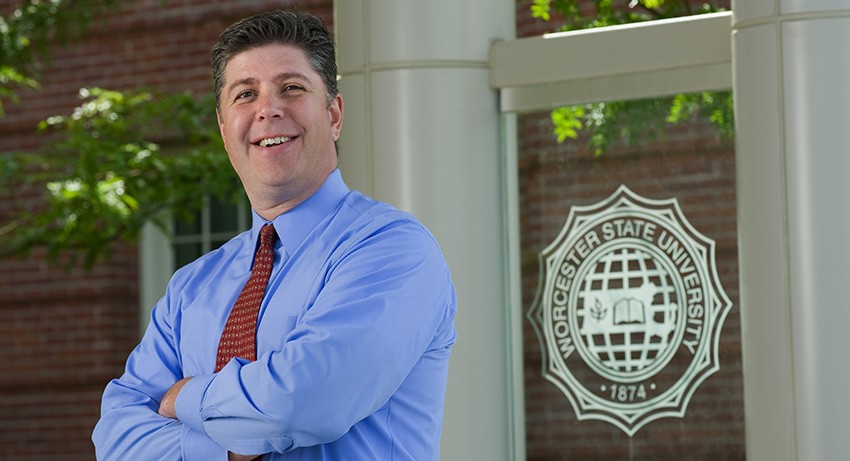 In a ceremony capping a series of campus events celebrating Worcester State University’s academic research and strong ties to its alumni and community, Barry M. Maloney will be sworn in as the 11th WSU president, Friday, September 21, 2012. The inauguration ceremony will begin at 2 p.m. in the Sullivan Auditorium and will include a formal procession of delegates from other colleges and universities, university trustees, distinguished guests, faculty staff and students.

The keynote address will be delivered by Dr. Frederick W. Woodward, who served as Westfield State University’s president from 1997 to 2004. Woodward also served as president of the State University of New York, Morrisville campus and as president of Butler County Community College, Butler, PA. Since retiring, Woodward has served as interim president of Clinton Community College and as the President and CEO of the not-for-profit The Development Corporation of Clinton County, located in Plattsburgh, NY, which serves three large industrial parks with international businesses.

“This inauguration is a major moment in the life of our university,” said John Brissette, chair of the University Board of Trustees. “We have much to be proud of and a bright future to look toward with a new wellness center, residence hall, as well as many other developments.”

For President Maloney, the event affords an opportunity to celebrate the university and its greater community. “Our greatest assets are our students, faculty, staff, alumni and community partners,” said Maloney. “The opportunity to lift up the great work of my colleagues as part of this inauguration is very important to me.”

The inauguration will be preceded by a series of faculty lectures (see below) and the Worcester State University Presidential Lecture featuring National Geographic underwater photographer and author Brian Skerry. Skerry, a 1984 WSU graduate, will talk about his latest book, “Ocean Soul,” Thursday September 20 at 4 p.m. in the Helen G. Shaughnessy Administration Building Fuller Theater. In addition, Worcester Art Museum Director Matthias Waschek will deliver the talk, “University and the Museum: A Dynamic partnership,” Wednesday, September 19, at 2 p.m. in the Ghosh Science and Technology Center Auditorium.

An opening reception for the Worcester State University Faculty Art Show will be held Thursday, September 20 from 5 p.m. to 7 p.m. in the newly renovated Gallery in the Ghosh Science and Technology Center. The event will showcase work of the faculty of the Visual and Performing Arts, the Communication Department and the Worcester Craft Center. The 10 participants will present outstanding work in a range of styles from traditional representational work to more challenging conceptual work. Media will include painting, drawing, printmaking, sculpture, photography and multimedia. The exhibit will be on view until Thursday, November 6.

Worcester State Theatre and the Department of Visual and Performing Arts will be presenting a sampling of theatrical work on Thursday, September 20 at 7 p.m. in the Fuller Theater. The evening will include the one act play “Lynette” at 3AM by Jane Anderson, directed by Christine Begin (VPA ’13), and the reading of two scenes from the upcoming fall production “Angels in America, Part I: the Millennium Approaches,” which is part of the 2012 Theme Semester, ”Contagion: How Things and Ideas Spread and Evolve.” “Angels in America: the Millennium Approaches” was honored with the 1993 Pulitzer Prize along with the Drama Desk Award and the Tony Award. For the first time, WSU theatre students were involved in the selection of the fall play, as a means to begin the conversation about the Theme Semester.

The inauguration ceremony will begin with a traditional academic procession, made up of faculty, trustees and visiting delegates, led by a mace-bearer. The ceremonial mace is one of the most historic symbols of a presidential inauguration. Used to symbolize the academic authority of the institution, it represents the need to protect and nurture the search for knowledge. Its origins can be traced to medieval times. A reception will follow the ceremony.

During his tenure as president at WSU, which began beginning July 1, 2011, WSU has increased its full-time faculty, student enrollment and fundraising as well as expanded its student engagement, community-based learning, and student-exchange and study abroad opportunities. He has also broadened university decision-making and increased information sharing with the campus and the greater community through the use of governance and open forums with faculty, staff, students and the greater community.

Prior to joining WSU, Maloney served for nearly 20 years at Westfield State University in a variety of positions including twice as interim president and as vice president of Student Affairs and vice president of Advancement and College Relations.

A native of Springfield, Mass., Maloney graduated from the University of Maine at Orono with a bachelor’s degree in political science and public management, and a master’s degree in public administration. Maloney is also a 2007 graduate of the Institute for Educational Management Harvard Graduate School of Education.

President Maloney serves on the board of directors for the Research Bureau and the board of directors for the Colleges of Worcester Consortium. Maloney served on the board of the Westfield Boys and Girls Club; as a water commissioner for the City of Westfield, and is a former member of the Amelia Park Children’s Museum and the Westfield Chapter of the American Red Cross. He has been active as a coach for youth basketball programs. During his college years, Maloney worked as an aide for public officials including former Springfield Mayor (now U.S. Representative) Richard E. Neal.

Maloney, his wife Laura, and their three children reside across the street from the university and are active in neighborhood, athletic and university events.

Sponsors for the inauguration are Chartwells and Worcester Magazine. Sovereign Bank is sponsor of the Presidential Lecture “Ocean Soul” featuring Brian Skerry.

The Engaged Student: The Impact of Research and Creativity
(Student Center – South Auditorium)

Student Study Away Returnee Round Table: Knowing You Can Do It!
(Student Center – North Auditorium)

Higher Education and the Future of Worcester: WSU’s Role in the City
(May Street Building)

A full schedule of event details, history of Worcester State University and its past presidents, virtual guest book, and more can be found on the inauguration website. www.worcester.edu/inauguration.

Sponsors for the inauguration are Chartwells and Worcester Magazine. Sovereign Bank is sponsor of the Presidential Lecture “Ocean Soul” featuring Brian Skerry.

WSU is a nationally recognized public liberal arts university offering a wide variety of academic programs taught by committed and accessible faculty. The university is the only Massachusetts state university to
be named “Best in the Northeast” by the Princeton Review nine years in a row. Worcester State has also been recognized as one of only two Massachusetts state universities in the top tier of the 2012 U.S. News & World Report “Best Regional Universities in the North,” and has been named to the U.S. President’s Higher Education Community Service Honor Roll. In addition, WSU was recognized in 2010 and 2011 as a “Most Environmentally Responsible School” by the Princeton Review. The campus is positioned for improvement and expansion as plans are being developed for a much-needed new wellness center, slated to open in 2015, and new residence hall, expected to open in 2014. 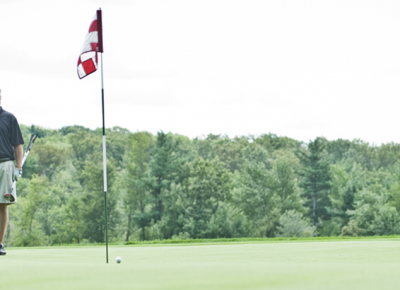 More than 200 golfers participating in the recent 19th Annual Worcester State Foundation Golf Tournament, helped to raise more than $90,000 for the Foundation’s endowment. In addition to student . . .