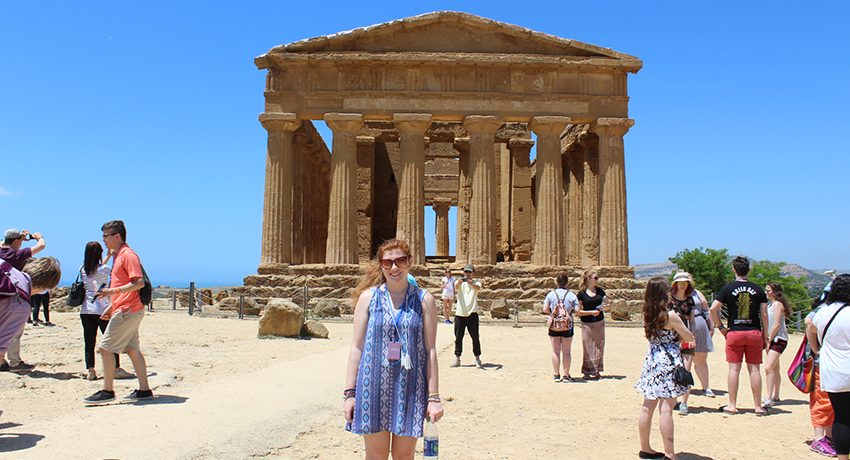 The Worcester State University Chorale recently returned from a trip to Sicily, where the group performed in three locations: in Taormina, at the Duomo di Taormina; in Syracuse, at the Cathedral of Syracuse; and in Messina, at the Pallazo della Cultura. (See how they were billed in Messina at palantonello.it.)

In addition to performing, the Chorale went to the top of Mount Etna, one of the world’s most active volcanoes, and toured the three locales. In Taormina, they were there just days before an environmental-focused meeting of the G7, the “Group of Seven” leading industrialized countries, which includes Italy and the United States. The Chorale also toured Agrigento, the site of some of the best-preserved Greek and Roman ruins in existence.

The trip to Sicily was the 13th international trip the Chorale has undertaken.

“The cultural exposure of Worcester State students to other ways of life and to the history of our planet is unmeasurable,” said Professor of Visual and Performing Arts Christi Nigro, Ph.D. “Most of the students on the trip described the experience as ‘life-changing.’”

The Chorale is already making plans for its next concert tour in May 2019. Some of the possible destinations are Ireland; Barcelona, Spain; or Eastern Europe. 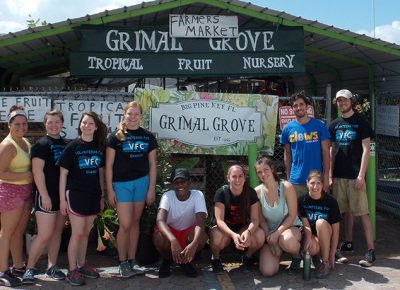 Woo Serve and CLEWS Lend a Hand at Grimal Grove

It wasn’t just the chance to spend a week in the Florida Keys that enticed over 10 Worcester State students to sign up for a recent spring break trip. It was also the chance to help restore Grimal . . .