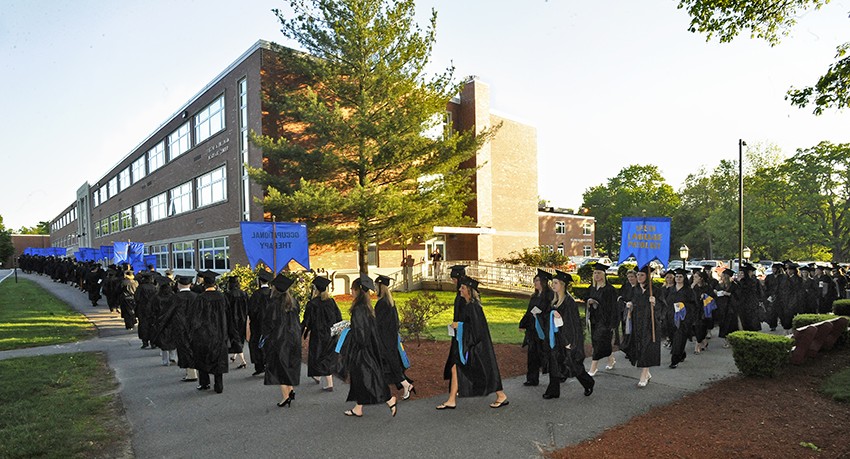 “When someone asks you where you got your degree,” he instructed the grads, “you look them square in the eye and say proudly, ‘I graduated from Worcester State College.'”

Lisa Bockweg Hughes, who graduated with a Master of Science in Speech Language Pathology, told her classmates that Worcester State College offered her “the flexibility I needed.” She added that it “attracted a wonderful mix of students.”

The hooding ceremony, as it is officially known, allows the college to honor each graduate student individually by ceremonially placing their hood on them. The hood symbolizes a level of expertise in a particular field. The ceremony dates back to the time of the medieval universities.

Graduates in the following programs from August 2009, December 2009 and May 2010 were officially recognized: