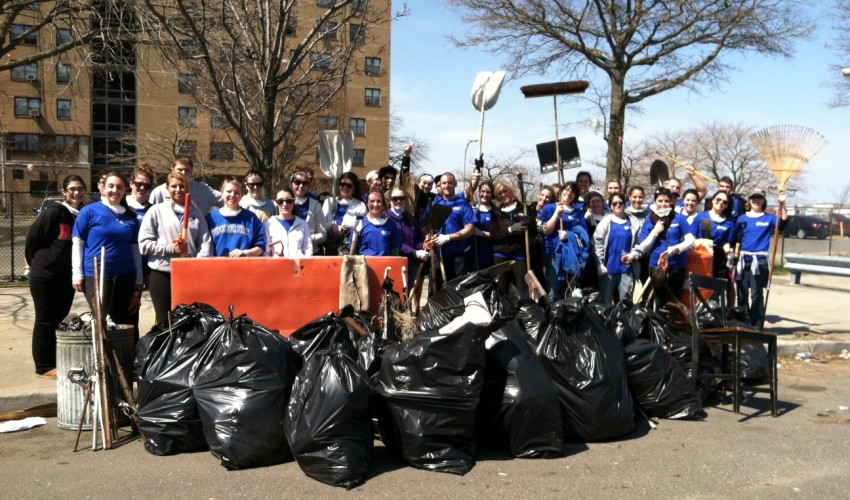 They began their day with an orientation and welcome from Habitat for Humanity’s Executive Director Jim Killoran, a Worcester native who has worked tirelessly in this area since the day after the storm. Killoran described the impact of the storm on Breezy and the Rockaways and shared his vision for social and environmental justice, one that restores the American Dream of home ownership and community engagement.

“You are the real heroes,” Killoran told the students. He urged the group to come back and to spread the word about the devastation they would see.

After spending the morning cleaning up a future park site in Far Rockaway, the Honors students returned to Breezy Point to work at three different houses in the afternoon. The students were tasked with leveling a deck raised by floodwaters, demolishing unsafe decks, and clearing debris from yards.

The students were most affected by the elderly homeowners they met and their stories of loss and survival. “Their insurance wasn’t enough, they have no more money, and they were just glad to see us,” remarked one student.

The Honors Program sponsors an overnight cultural trip to New York City each spring, and the students spent the first day exploring the city and visiting the 9/11 Memorial. This was the first year that the trip included a service component, a new tradition that the Honors Program plans to continue.

The students were accompanied by faculty chaperones Tona Hangen (History/Honors Assistant Director), Jennifer Hood-DeGrenier (Biology), Matthew Ortoleva (English), and Karen Woods Weierman (English/Honors Director). The day of service was sponsored by the Honors Program and an Alden Microgrant from the Center for Teaching and Learning. 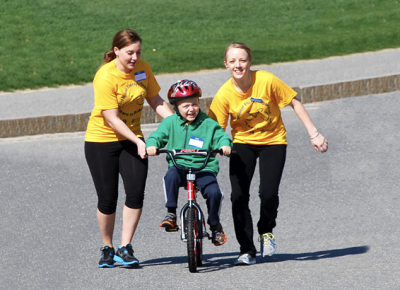 The old saying “just like riding a bike” has been used to describe something that is second nature, but for children with limited access to safe roads and proper supervision or special needs, . . .