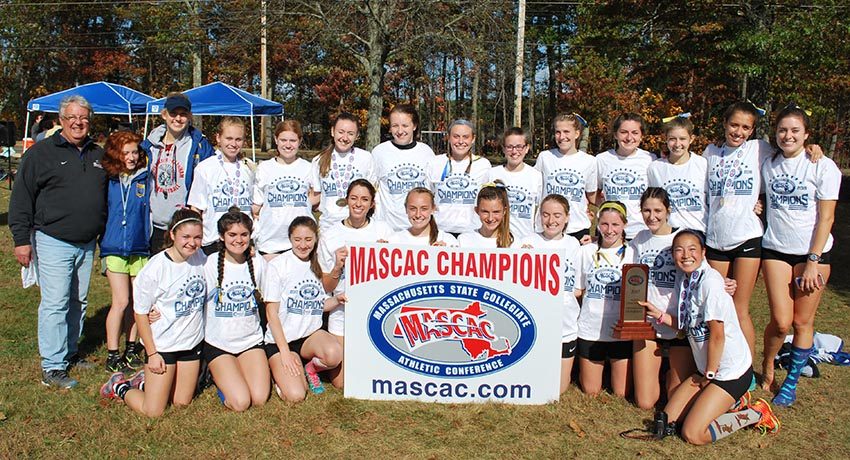 The fall 2017 season for the Worcester State Lancers featured a lot of firsts. The women’s cross country team earned its first-ever Massachusetts State Collegiate Athletic Conference championship; field hockey earned its first-ever Little East Conference title; and women’s volleyball, for the first time, finished as both the regular season and tournament champions. Each fall team had seasons of significance.

Under the guidance of fourth-year head coach Gary Jusseaume, the women’s cross country team earned its first-ever MASCAC women’s cross country championship since the team began competing in 1985. The Lancers were led by MASCAC All-Conference and All-New England honoree Mia Rogers, who claimed second place in the championship meet with a time of 18:56.54. Three other Lancers placed in the top-10 to earn All-Conference honors: Justine Murdocca, Elisabeth Olson, and Kelsey Bedard. Worcester State’s 3-time MASCAC women’s cross country rookie of the week, Shaylee Puleo, was the first freshman to cross the finish line at 11th place and, in turn, received the MASCAC Rookie of the Year Award. Along with Puleo, Julia Carrier and Riley Shaughneessy also were tabbed the MASCAC Rookie of Week three and one time(s), respectively, throughout the course of the 11-week season. Other highlights this year included team titles at the Jim Sheehan Memorial Alumni Meet and Worcester City Championship Meet team championship, along with Rogers earning the Worcester City Meet individual title.

Worcester State’s Alexa Carlson earned her second consecutive LEC coach of the year award and led the field hockey team to its first-ever LEC regular season title this past season, as the Lancers stood at 10-1 in conference play. This was the second consecutive season that the team earned at least a share of the MASCAC regular season championship. Worcester State’s Michaila Parent and Hayley Sutherland earned major awards, as Parent was tabbed the LEC Offensive Player of the Year and Sutherland was named the Defensive Player of the Year. Both also earned a spot on the All-New England teams. This season, Parent led the team in scoring with program-record totals of 21 goals and 15 assists for 57 points. Sutherland anchored a defense that allowed just 10 goals over 11 regular season conference games and contributed four goals and three assists on the offensive end. Also on the first-team all-conference team was rookie midfielder Rachel Hopkins. Sophomore forward Olivia Antonelli and senior goaltender Kathryn Salemme were both named to the second team, while senior classmates Jolane Thibualt and Hayley D’Auteuil were recognized with honorable mention.

In his 13th season at Worcester State, MASCAC coach of the year Bernie Chase directed his team to an undefeated conference record, as they claimed the MASCAC regular season and tournament championship titles for the first time ever, earning a berth to the NCAA Division III women’s volleyball tournament in Atlanta, Ga. The Lancers were piloted by outside hitter Amari King, who was named the MASCAC player of the year. She led the conference in four statistical categories. Other standouts were junior outside hitter Emily Carens, libero Megan Leavens, and setter Allie Nolan. The duo of King and Carens on the attack helped the Lancers earn the top spot in the MASCAC in kills and kills per set, while, on the attack, Nolan achieved a record-high 1,084 assists on the season. The defense was led by Leavens, who held a Worcester State single-season record-high 562 digs, averaging 5.06 digs per set.
With the tournament title, the team earned an automatic bid to the NCAA Division III women’s volleyball tournament. In Atlanta, the team faced the No. 7 team in the country, Emory University, in the first round. The Lancers fell 3-0.

For the fourth straight season, the women’s soccer team earned at least a portion of the MASCAC women’s soccer regular season championship under the direction of 10-year head coach Kevin Cumberbatch. The team completed the regular season with a 6-1 league mark and earned the top spot in the MASCAC tournament. In the MASCAC championship game, the Lancers fell to MASCAC rivals Westfield State 2-1 to conclude the season with a 12-5-2 overall record. 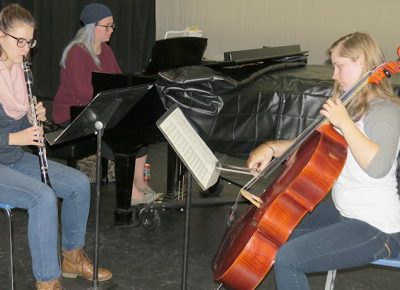 A year ago, four musicians settled on the belief that women, of all ages and backgrounds, deserved a place in the arts. Out of this idea, the Women of Worcester Productions Company was born. With . . .