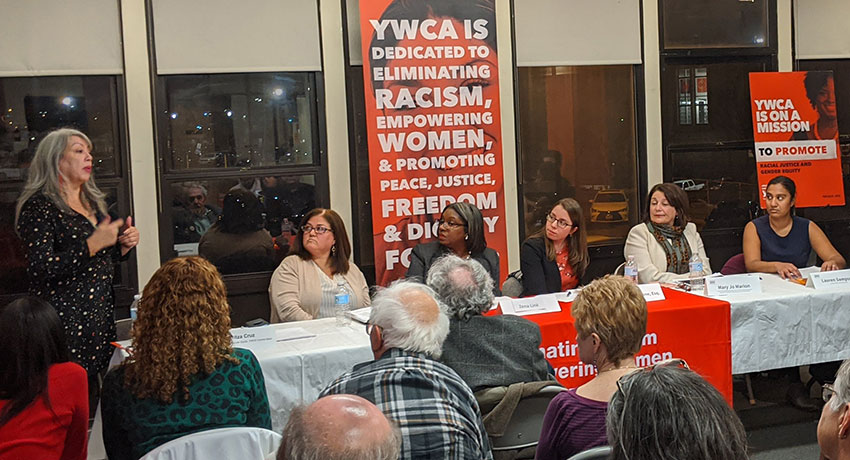 Reflecting the university’s ongoing commitment to community involvement, Marion serves as co-chair of the Mayoral Commission on Latino Education and Advancement. The commission, formed by Worcester Mayor Joseph Petty, has been charged with finding ways to ensure equitable opportunities for Latinos, especially students in Worcester schools. A draft report was circulated last fall for community-wide discussion, with the final version expected early this year.

To improve educational outcomes and experiences for Latino students in Worcester, the commission identified four areas of work in the draft report: trust; accountability; racial, ethnic and gender equity; and quality of life.

“We do not seek marginal changes in policy or practice but shifts to create a culture of broad ownership over racial equity,” Marion says.

In the draft report, the commission recognizes the many promising practices taking place today in Worcester Public Schools, including early college for high school students who take for-credit classes at Worcester State. However, one important goal recommended by the commission is to set measurable targets to diversify the local education workforce, including teachers, senior administrators, and principals.

Presently, less than 10 percent of the teachers in Worcester Public Schools are Latinx, while Latinx students comprise 42 percent of the school population, the commission says.  Worcester State has already begun addressing, on a local level, the nationwide concern that teacher preparation institutions have not been attracting teachers of color. The Call to Teaching program, which WSU offers in conjunction with Worcester Public Schools and Quinsigamond Community College, aims to encourage urban high school and middle school students to consider becoming teachers.

The commission recommends a cooperative approach to ongoing issues, Marion says. To rebuild trust in the city and schools, it’s important to move ahead in a more unified manner to avoid an “us versus them” attitude, she says.

Worcester is not alone in needing to improve equity for Latinos in the realm of education. Latinos in the U.S. generally fare worse than non-Latino residents when it comes to educational attainment, according to studies. The most recent census figures available show that 69 percent of Hispanic residents had a high school diploma, compared with 93 percent of non-Hispanic whites, Mayor Petty’s office says.

“We need these statistics to change,” says Marion, former director of the Latino Education Institute (LEI) at Worcester State, which provides support to Latinx students and their families. “Worcester must be a place of promise for all residents built on equitable systems. It is imperative that we offer solutions to these issues, which will bring about a metamorphosis in our city.”

Ways the commission recommends for boosting equity include adding an ethnic studies class to the civic education course list and partnering with the LEI and other organizations to provide professional development and extracurricular enrichments that increase multicultural knowledge.

The commission’s other concerns included the fact that, in Massachusetts, while 65 percent of white females hold college degrees, only 22 percent of Latino males do. It also noted that while the four-year graduation gap between white and black students is the third lowest in the nation, the state’s white-Latino graduation gap is the 37th worst out of all 50 states and the district of Columbia.

“Our goal is to make sure that our Latino students thrive,” Hilda Ramirez, the LEI’s director, said at a recent community airing of the draft report at the YWCA in Worcester.  “When we see data like this, it becomes clear that we need to take action. We want to work together to find solutions. We have to be advocates for the [Latino] community and we have to work alongside the city as partners.” 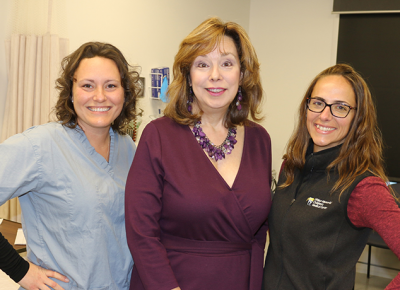 Like in many in the profession, Jennifer DeJordy became a nurse because she wanted to help people. Now she’s taking that passion to the next level by earning a Master of Science in Nursing with a . . .