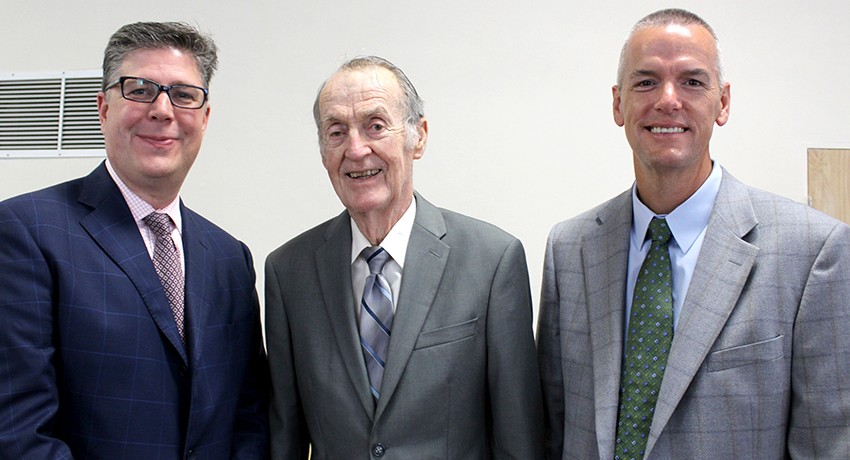 Two events honored the Worcester State University benefactor. In the Flagler Beach commission chambers, at the start of a regularly scheduled commissioners’ meeting, Mayor Linda Provencher issued a proclamation and the WSU delegation bestowed the doctorate and presented the Lt. Colonel with a commendation and plaque. Preceding that event, city dignitaries and friends of Lt. Col. Sheehan’s gathered to honor him with a reception at the Flagler Beach Woman’s Club.

An honorary Doctor of Humane Letters was conferred upon Lt. Col. Sheehan at the University’s Academic Achievement Awards celebration in late April—an event he was unable to attend. Worcester State officials therefore planned the trip to deliver the hood and mementos.

“Lt. Col. Sheehan has served both his country and his alma mater with great distinction. His unwavering commitment to the brightest of Worcester State University’s students will be the lasting legacy of our benefactor and friend, whose wish is to, simply, pay it forward,” Maloney said.

“Lieutenant Colonel Sheehan’s continued generosity allows our students to blossom and grow,” McNamara added. “Many of them would not be able to complete their degrees, if not for Jim’s generosity.”

Lt. Col. Sheehan is the single largest donor in the history of Worcester State. Fifty years after he graduated, he established the Lieutenant Colonel James F. Sheehan ’55 USMC, Ret. Endowed Scholarship and the Sheehan Academic Excellence Awards, which annually provide scholarships to each to the highest-ranking students in the first-year, sophomore, junior, and senior classes. Those students are recognized each year at the Academic Achievement Awards ceremony.

Since the awards and scholarships were first established in 2007, more than 60 students have had their lives transformed by the commitment and benevolence of Lt. Col. Sheehan.

Most recently, Lt. Col. Sheehan has made a bequest to establish an Honors College and provide scholarships for study abroad programs. With deep gratitude, Worcester State’s Board of Trustees named a newly constructed residence hall in his honor when it opened in 2014. 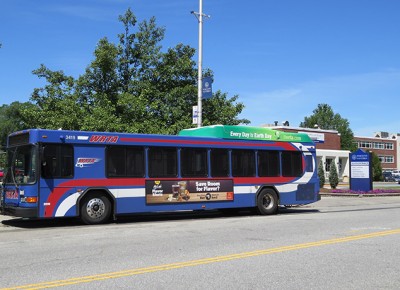 WSU and Assumption Continue to Invest in Bus Route

Worcester State University and Assumption College have stepped up their financial commitments in order to ensure that the Worcester Regional Transit Authority’s bus Route 10—the so-called . . .