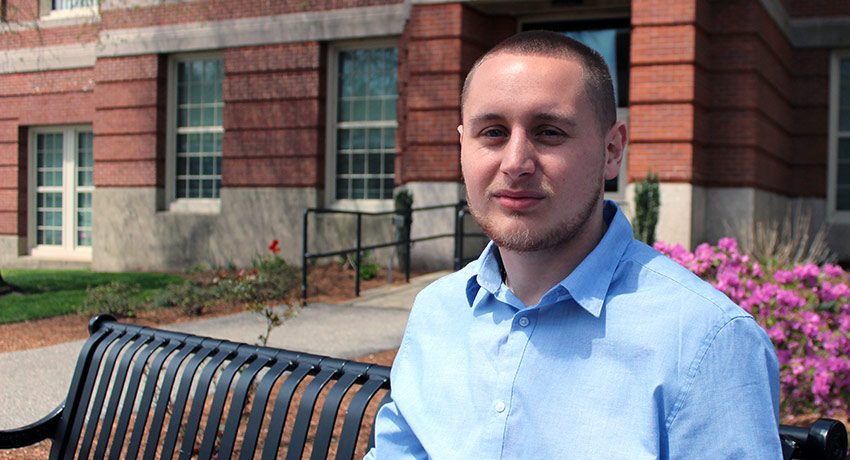 Graduating in the face of adversity would be one way to describe Daniel Henrickson. To look at him, one would not know what it took for Henrickson to walk across the stage of the DCU Center to receive his diploma on Saturday, May 18.

Daniel graduated with a degree in communications and just welcomed his first child with fiancé Danielle Mensah ‘18 into the world. While he’s beaming and making plans to get married, he’s also on a mission to find his next opportunity: a full-time job. “Challenges are just a way to find another path to accomplish a goal. There’s always another way,” Henrickson states.

Growing up in Worcester, Henrickson attended Saint Peter-Marian Central Catholic High School and played basketball and football, which earned him titles like Central Mass. All-Star and MVP in the Central Mass Catholic school system. He also broke the in-state record for average yards-per-catch. It was during this time that his vision difficulties began. “I was a sophomore when my vision started to fade and thought, ‘I just need glasses,’ ” Henrickson recalls.

By the time he was a senior, however, his vision became worse. He eventually wore glasses and continued playing sports.

In 2014, as a student-athlete for Worcester State, Henrickson’s vision began to hinder his ability to play football. “I was a freshman when I went to the eye doctor and received a proper diagnosis,” says Henrickson. “He [the doctor] told me I had Keratoconus, which is a progressive disease that weakens the cornea.” Hard contact lenses or surgery were the available options, with the latter taking him out of school for three weeks without any guarantee of success.

While contemplating options, Henrickson’s grades started to suffer. “I was devastated,” Henrickson recalls, stating he frequently listened to sports and music. “Rock, and specifically rap music, helped me focus as it tells compelling stories which enabled me to virtually see again.” He prayed a lot and regained a social life with help from his friends.

Then Worcester State football coach Brien Cullen ’77 referred him and his family to the Office of Student Accessibility Services (SAS). SAS works with students who are temporarily or permanently disabled, and provides student support and programming enabling equal access to education and student life on campus.

“At the urging of his parents, he [Dan] reluctantly self-identified with Student Accessibility Services. He accepted assistance, and was able to complete his degree in communication,” states Frances Manocchio, assistant dean of student affairs and director of SAS. “He inspires others with his personal journey.”

Prior to the referral, Henrickson had stopped going to classes. SAS provided assistance between Henrickson and his professors, offering accommodations for his ability to learn, including a note-taking aide and extra time on tests. Soon he was back on track and on a schedule to graduate. But it wasn’t easy.

“I had to learn in a different way. Before SAS and the contact lenses, I wasn’t able to read. Now I’m excited [again]. Audio textbooks helped as well. Was it a challenge? Yes. But I can now look back and say my other senses and athleticism helped me to persevere,” states Henrickson. He’s also an advocate for students with disabilities on campus and formed a non-profit organization to address such issues.

Henrickson works part time as a resident counselor for the Worcester’s Department of Youth Services with aspirations to expand his work experience, now equipped with a bachelor’s degree. 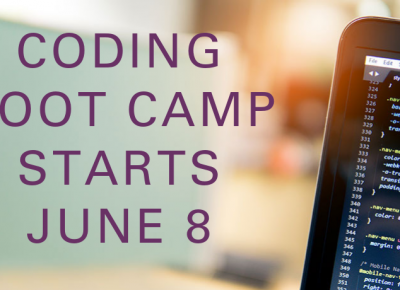 Worcester State’s Center for Business and Industry (CBI) is offering current students and alumni a 10 percent discount on an intensive 14-week coding course for those interested in becoming a web . . .