Dookhran made it to the final round of the lighting design entries. Dookhran, Higginbottom, and Caitlyn MacKenna (who did not attend) all received merit awards for Outstanding First Time Team for their design work on last year’s play The Weir.

An additional merit award for Creativity and Unity of Production Elements was given to the staff, cast, and crew of last year’s Dead Man’s Cell Phone.

Adam Zahler, who has served as chair of directing since 2011, received recognition for Outstanding Service to the Region. In addition to overseeing the directing program during the week, he taught a directing workshop, Flow of Action: Blocking that Tells the Story. 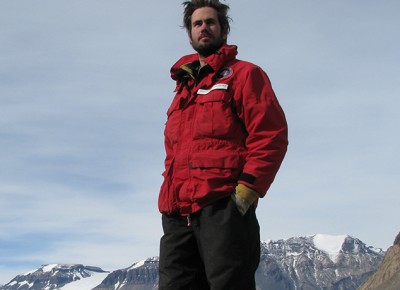 The latest discoveries regarding the past and future stability of Antarctic ice sheets were presented at the American Geophysical Union Fall Meeting 2012 in San Francisco on December 4. This session . . .