Worcester State to Award Degrees to Over 220 Graduate Students

More than 220 graduate students are eligible for graduation this May, and they will have degrees conferred upon them, as well as take part in the ceremonial hooding, on Friday, May 13 in Sullivan Auditorium. Graduate Medallions will also be awarded to students with the highest grade point average in each discipline.

Growing up in a rural town in Central Massachusetts, Hart was encouraged by her parents to play, move, discover, and create. This helped her understand the value that occupational activities could have to enhance and restore health.

After graduating from Ithaca College with a bachelor’s degree in biology, Hart began her career as a research technician in pathology at Massachusetts General Hospital. In 1980, she shifted her focus and became an occupational therapist after earning a master’s degree from Boston University. Over her career, she has worked with individuals of all ages in hospitals, schools, nursing homes, and their homes.

Hart began teaching as an adjunct professor at Worcester State while also serving as a part-time academic fieldwork coordinator. She became a full-time faculty member in 1995. In 2003, she earned her Ph.D. in Gerontology at the University of Massachusetts Boston. She served as the chair of the WSU Occupational Therapy Department from 2011 to 2014.

Hart retired at the end of 2015 after 20 years with the University, but will continue to teach as an adjunct professor.

Verzhiniya “Virginia” Eliya, a student in the biotechnology program, will give the student address. 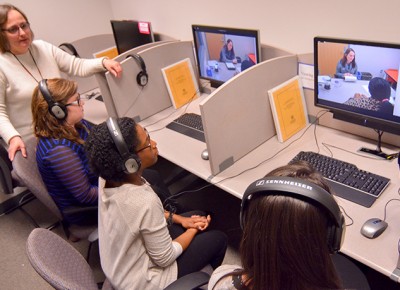