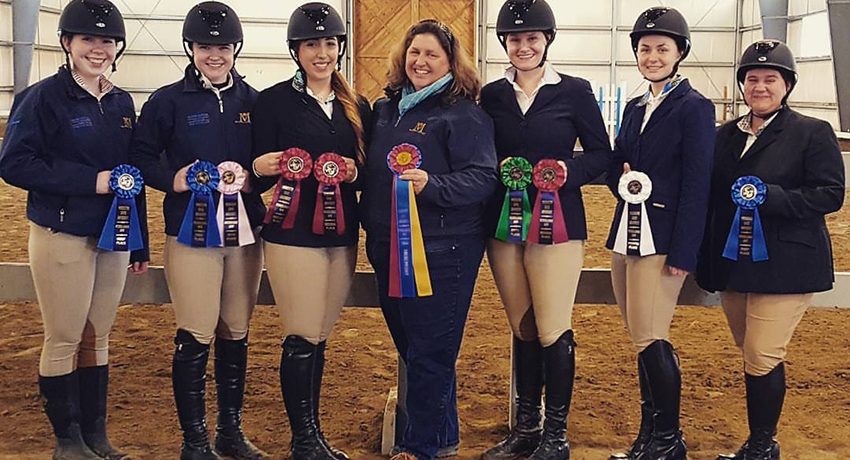 Everyone loves a good Cinderella story, and for the Worcester State University Equestrian Club, this spring was a dream come true when the team fought their way to the top of two spring shows and placed third in the Intercollegiate Horse Show Association’s regional competitions.

The club had a very successful March, where they had back-to-back team championship wins against 12 other teams. “The heart and dedication of these girls allowed them to beat the number one school in their region not once but twice!” said Melissa Staiti, the club’s advisor, and WSU’s manager of financial records and treasury.

The club then competed in regional competitions at Boston University’s home turf, Holly Hill Show Stables in Hanover, Mass., in early April. At that show, the club finished in third place out of 13 teams, only falling behind Boston University and Tufts University—an impressive feat for a Division III team that competed alongside these two well-established Division I teams. The WSU team, consisting of only seven riders, is much smaller compared to their rivals, and trains at Maplewood Farm in Berlin, Mass., with the owner and team trainer Tamara Johnston.

“In comparison to some of the larger teams, as of right now we only have one or two riders per division,” Club Treasurer Emma Gosselin said. “If the point rider does not feel well or does not feel confident in their ability, there is nobody else to substitute for that rider.”

She said that most of the other teams, who have a larger number of riders, switch team members in and out of classes, such as on occasions where the riders are ill or if they didn’t ride well in practice that week, whereas the Worcester State Equestrian Club typically only has one person competing for points in a class.

Olivia Cahill received third place in the Open Flat class, as well as fourth in the Intermediate Jumping class. She came in third for the region, having the third highest number of points out of all of the open division riders. Abby Sneigocki placed third in the Novice Flat class, and Club President Danielle Schiloski took eighth place in the Walk Trot Canter Division.

“One of the advantages about having such a small team is that each of us gets to compete at each competition; therefore, earning our individual points faster and moving up to more advanced divisions,” said Gosselin. “Another advantage of having such a small team is that we really get to know each other throughout the season. We know how everyone else on our team rides, we know each other on a personal level, and we definitely have a close-knit team, which is really nice.”

“It’s hard to compete in such a demanding division of athletes if you don’t have a strong team and coach behind you,” she continued, “and I think our team as well as our coach Tamara Johnston have created a really strong support network.”

Gosselin, a freshman, said that while the Equestrian Club has existed at Worcester State for more than a few years, the team’s recent success has increased its popularity and public profile, and more WSU students are showing interest in the team. The team was granted “club sport” status in 2012.

“I know that some of our team goals are to grow and add more riders to the roster,” she said. “Even since last year, there has been an increase in the popularity of our team, and we hope it only becomes more popular from here.”

Although the Equestrian Club missed the Nationals in Louisville, Ky., this year, they are determined to go above and beyond to make their dream come true.

“It would also be really amazing for one of our riders to do well enough that they make it to nationals with the best riders from throughout the country,” said Gosselin. “Our goal would be to start off next year with a bang, and hopefully win enough competitions to put us at the top of our region.”

For more information on the Equestrian Club, visit their Facebook page. 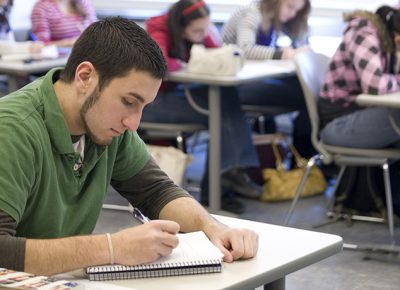 What the Day of Giving Challenge Means to Students

Ramen noodle meals, used text books, and high tuition payments are just a few of the problems attached to a student’s college experience. All of these problems stem from the same bigger . . .