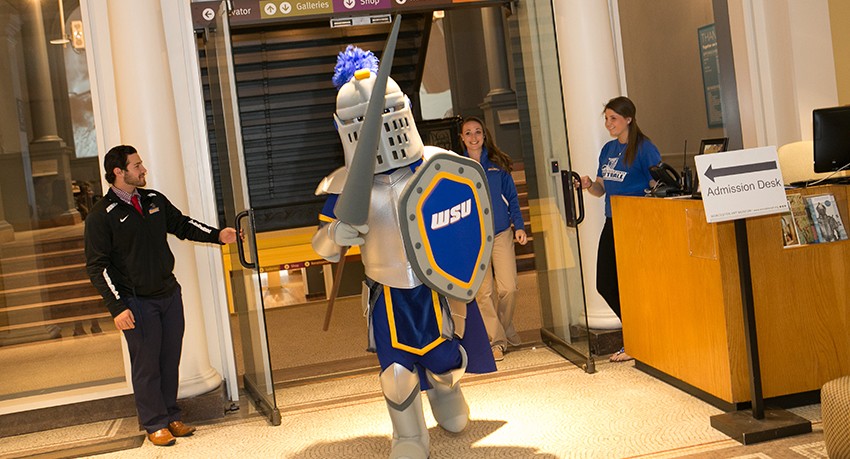 The first-ever Lancer character mascot—Chandler H. Lancer—was unveiled amid the suits of armor of The John Woodman Higgins Collection at the Worcester Art Museum on Thursday, April 21. A large audience of students, alumni, faculty, staff, and friends gathered at a reception in the museum’s cafe to welcome the new addition to the WSU family.

“We are thrilled to be able to reveal WSU’s new mascot here at WAM where there is the world-renown Higgins Armor collection right through those doors and up the stairs,” said Director of Athletics Michael Mudd. “It is a new day for WSU—a new strategic plan, new residence hall, new athletic facility, and now WSU’s first-ever character mascot.”

Mudd commissioned the development of the mascot to create a fun, “living” symbol of Lancer pride. The eight-month design process was capped with a survey collecting input into potential names. More than 1,000 people weighed in on the mascot’s name, including admitted students attending Congratulations Day in early April.

Chandler is intended to enhance recognition of Worcester State in the community and with alumni, parents, families, and potential students. In addition to leading and rallying fans during athletic events, the new mascot is expected to make guest appearances at alumni events throughout the year, as well as in the community, visiting schools and events around the city, spreading goodwill and encouraging sportsmanship while being an ambassador for Worcester State athletics. 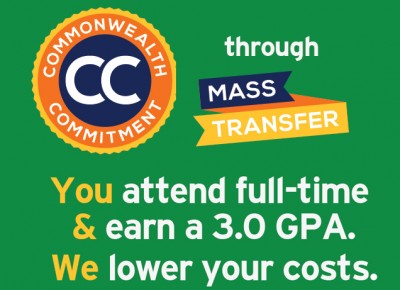