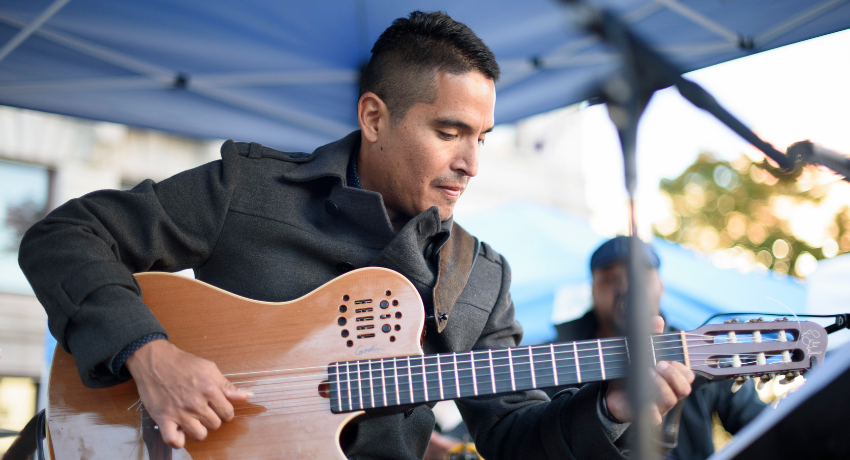 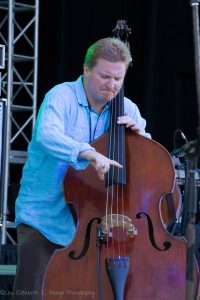 The Visual and Performing Arts Department has announced it will offer a World Jazz Concert Tuesday, April 19 at 7 p.m. in the Student Center Blue Lounge. The fun, spontaneous night of music will feature guest artists bassist Brian Hall, associate professor of Music at Florida A&M University; and Berklee College of Music alum Miki Matsuki on drums with Worcester State Assistant Professor of Music and Interdisciplinary Arts Carlos Odria on guitar.

The event is free and open to the community.

“Brian and Miki are amazing musicians who have performed on international stages, and they are also wonderful friends who have influenced and inspired my own music over the years,” said Odria, an award-winning guitarist and performer who studied under Professor Hall in Florida. “It’s an honor to host our special guests here at Worcester State, and offer our students – and the community – a one-of-a-kind evening of World Jazz that is sure to be an exciting and inspiring event.”

Within the world jazz community, Hall is known for his deep knowledge and passion for diverse styles of music spanning jazz, classical, and world musics. Hall has an active performing and touring schedule that includes frequent collaborations with international artists and regional symphonies. 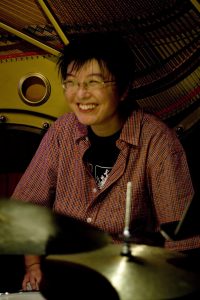 Matsuki, an award-winning drummer born in Matsuyama, Japan, moved to the United States to study jazz in 1996 at the prestigious Berklee College of Music, where her band went on to be selected as the “Best of Berklee” in 2000. Since graduating from Berklee, she has performed and recorded in various musical settings, including in the studio for soundtrack work, and collaborated with many of the industry’s greats.

Worcester State recently appointed Odria to the position of assistant professor of Music and Interdisciplinary Arts in March following his work as visiting assistant professor for the visual and Performing Arts Department since 2020 and adjunct professor since 2018. The Peruvian-born performer, guitar scholar, and Worcester Jazz Festival featured artist offers students his expertise in world music and guitar. In addition, he founded and directs Música, WSU’s Latin American ensemble.Odria, an award-winning guitarist, presently performs multiple times per week in central Massachusetts, and recently released his first solo album, “Montunuo Negro.”

For more information regarding the event or VPA Music offerings and upcoming performances, contact VPAMusic@worcester.edu. 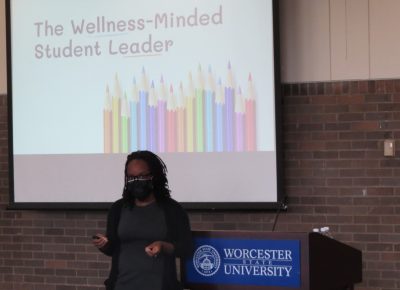 In her opening keynote address at Worcester State University's third annual Leadership Symposium, Amma Marfo discussed the effects a two-year global pandemic has had on psyches. People have gone from burnout – mental collapse because of stress – to languishing – “a sense of restlessness or feeling unsettled or an overall lack of interest in life.”  “I think we’ve all been here . . .